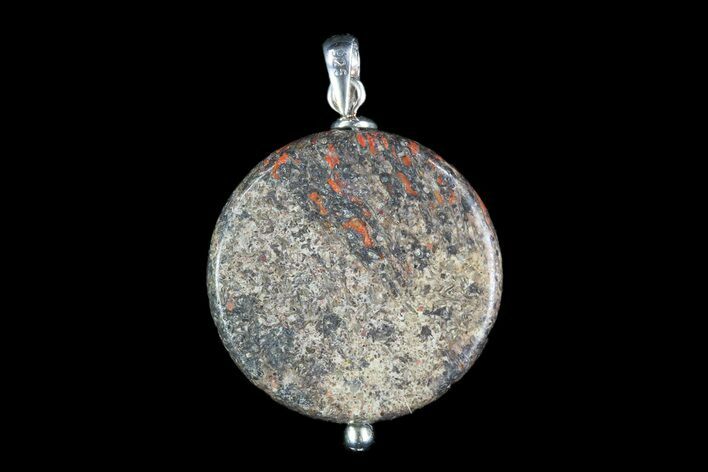 This is a beautiful pendant made from 150 million year old agatized, fossil dinosaur bone commonly known as Gembone. The internal cell structure of the dinosaur bone can clearly be seen.