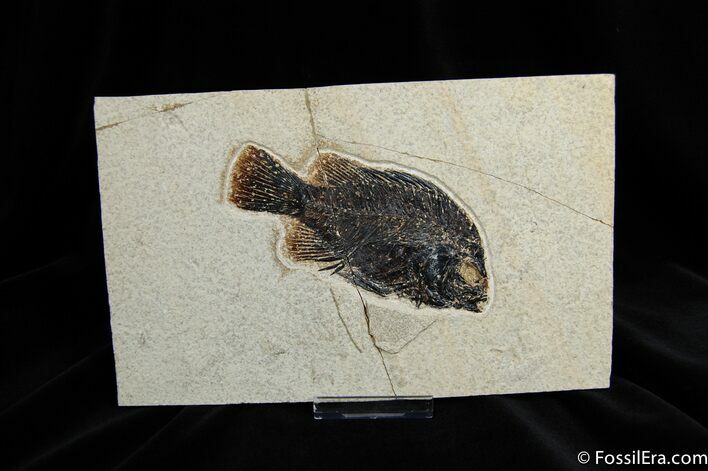 This is a nice 5.2 inch specimen of the very elegant looking Cockerellites liops from Wyoming. It was collected from the 18 inch layer of the Green River Formation which yields the best, dark colored preservation. Fossils from this layer are much more valuable than the ligher colored ones from the "split fish" layers.

The 5 inch Priscacara displays wonderful detail, with all the fins, spines and bone structure present. It is centered on a large rectangularly shaped slap of shale. This is really a great display specimen of probably the most aesthetically pleasing fish from the famous Green River Shale.

The matrix on this fish was broken in shipping from the supplier and glued back together, hence the reduced price.