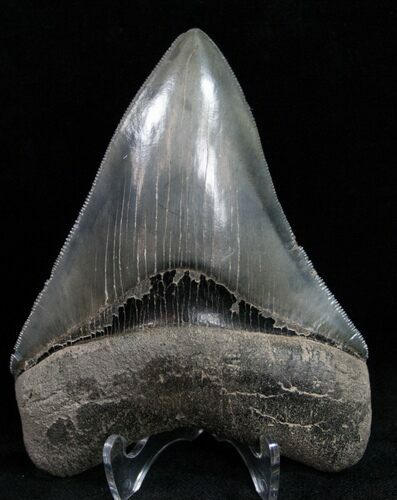 This is a gorgeous, high quality, 4.03" long Megalodon tooth from South Carolina. Very few meg teeth are as nice as this one. Great coloration, nice enamel, serrated, and a robust root. Comes with an acrylic display stand.