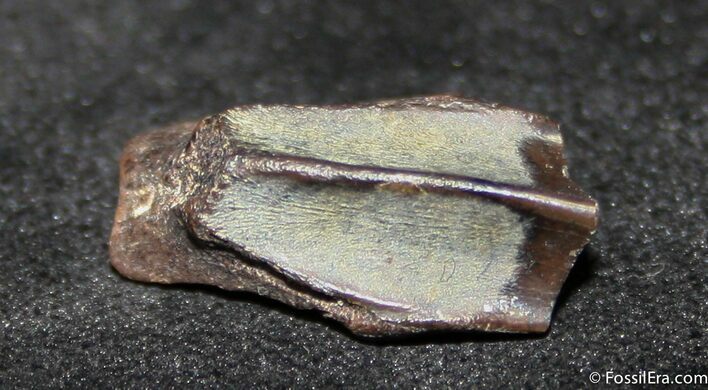 This is a high quality tooth from the hadrosaur Edmontosaurus annectens. It was collected from the Hell Creek Formation in Montana on a private ranch.

The tooth is wonderfully preserved, much better than the vast majority of specimens and it quite large at .84 inches in length.