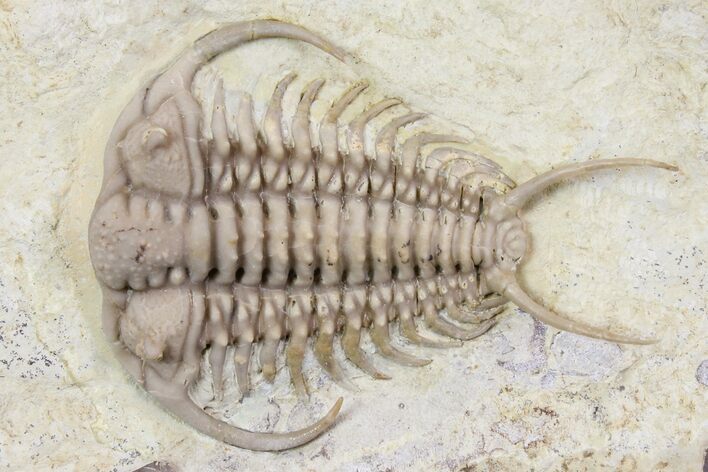 This is a beautiful 2.5" long Gabriceraurus mifflinensis from the Platteville Formation in Wisconsin. You don't see many trilobites from this area because the formations are rarely collected and the trilobites are quite rare to find complete. A variety of marine fossils have been exposed from the rock as well, including crinoid stem segments, brachiopods and trilobite pieces.

The tips of the two tail spines are restored as well as some restoration on the ends of three pleural spines on the left hand side.

Trilobites were a very diverse group of extinct marine arthropods. They first appeared in the fossil record in the Early Cambrian (521 million years ago) and went extinct during the Permian mass extinction (250 million years ago). They were one of the most successful of the early animals on our planet with over 25k currently described species, filling nearly every evolutionary niche. Due in large part to a hard exoskeleton (shell), they left an excellent fossil record.
FOR SALE
$3,995
DETAILS
SPECIES
Gabriceraurus mifflinensis
AGE
Ordovician, Blackriveran Stage 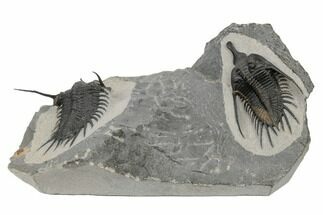