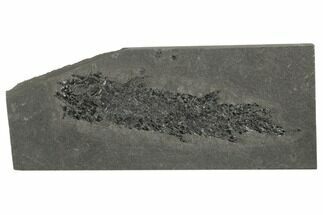 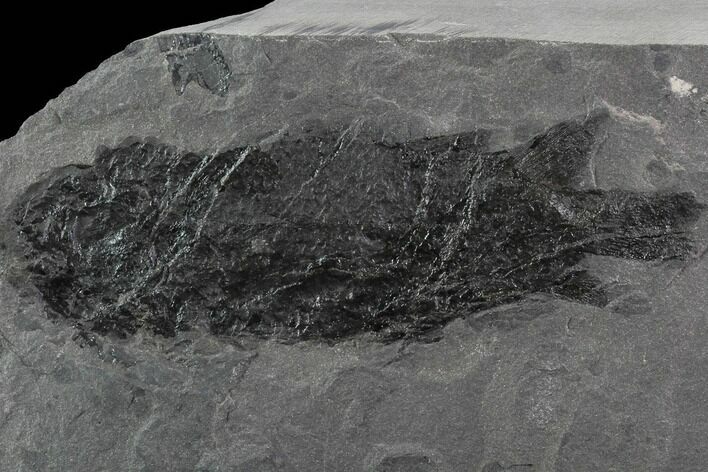 This is a rare, 5.2" long example of a Devonian lungfish (Dipterus valenciennesi) from the Orkney Isles in Scotland.

Dipterus (meaning 'two wings') is an extinct genus of lungfish from the late Devonian period of Australia and Europe. Lungfish arose during the early Devonian, reaching a peak in diversity by the Late Devonian. 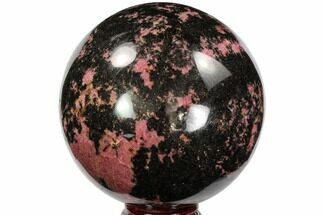 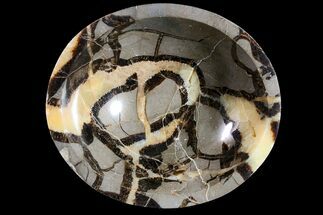