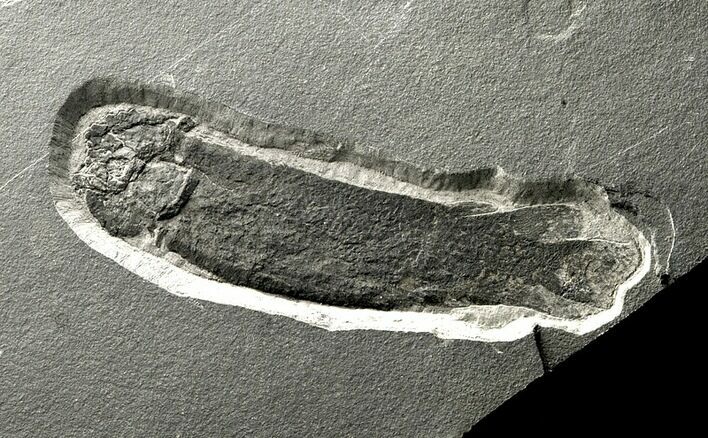 This is a rare, complete example of a Devonian lungfish (Dipterus valenciennesi) from Caithness, Scotland. It's exceptionally preserved, 7 1/4 inches long and presented on a large slab of matrix. No repair or restoration on the piece.

Specimens like this simply don't come up for sale very often. This specimen was acquired by a high-end collector back in the late 80's who is now narrowing the focus of his collections. Watch for more rare, one-of-a-kind fossil offerings from this collection in the next several days.

Dipterus (meaning 'two wings') is an extinct genus of lungfish from the late Devonian period of Australia and Europe. Lungfish arose during the early Devonian, reaching a peak in diversity by the Late Devonian.