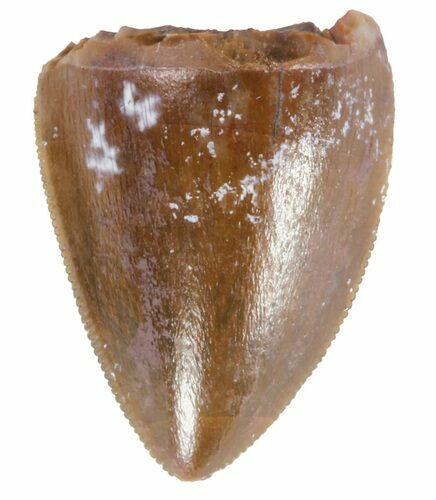 This is a finely serrated, posterior tooth for a Redondasaurus, one of the largest Phytosaurs. It comes from the Petrified Forest Member of the Chinle Formation in Arizona. Redondasaurus is considered by many to be synonymous with Pseudopalatus.

The serrations are visible on both edges of the tooth, it has excellent enamel preservation and no tip wear. Comes with an acrylic bubble case.