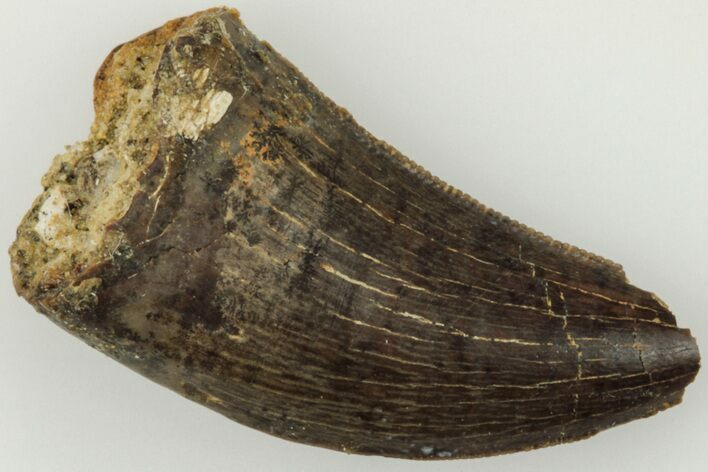 This is a .78" long Tyrannosaur tooth likely of the species Nanotyrannus lancensis, collected from the Hell Creek Formation of Eastern Montana. The enamel and serration preservation of this tooth is very nice. The tip of the tooth is chipped.