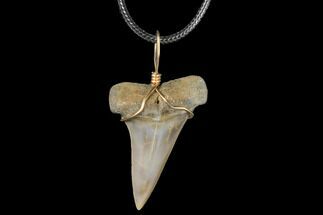 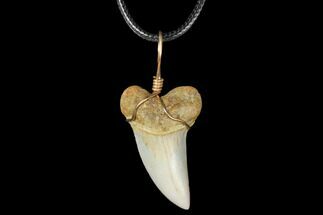 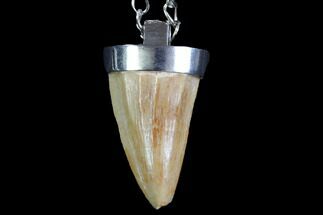 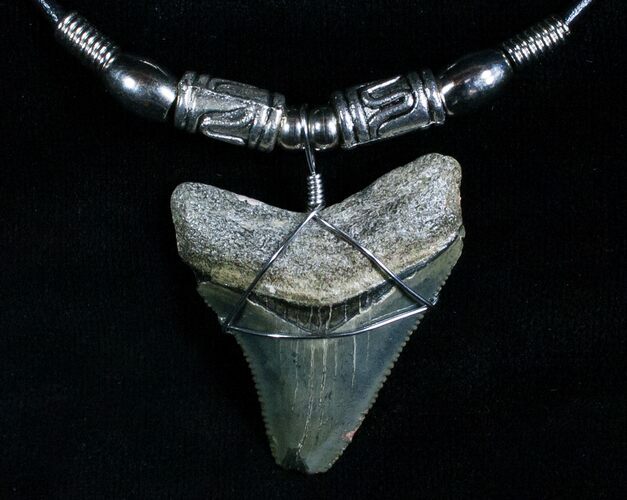 Ever wanted to where a real tooth of the greatest predator to ever stalk earths oceans? Here is a unique piece of fossil jewelry, it's a necklace featuring an authentic Megalodon tooth. The tooth itself is 1.45" long, sharply serrated while the necklace length is 20 inches. 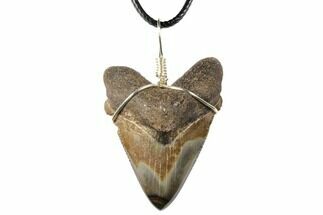