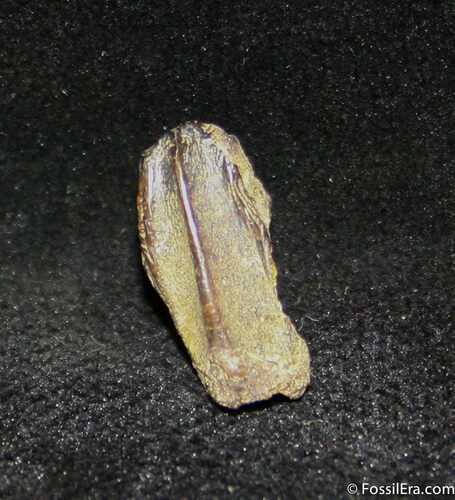 Here is an average size tooth from the Edmontosaurus annectens a Hadrosaur. Hadrosaurs had a mouthful of small blocky teeth which they used to grind the vegetation which they ate. As their teeth wore down during their lifetime they "shed" the old tooth and a new tooth took it's place. This tooth appears only partially worn and is likely not a shed tooth.