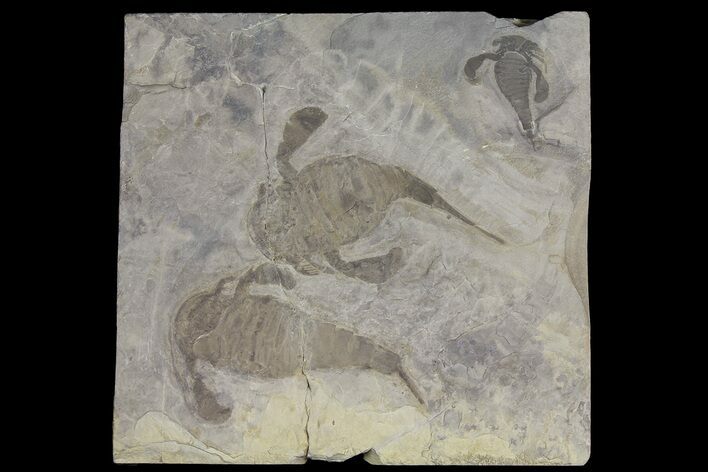 This is a spectacular cluster of three Eurypterid (Eurypterus remipes) fossils from Lang's Quarry in Herkimer County, New York. There are three, well preserved, complete eurypterids measuring 4.6", 4.5" and 2.2" long. The rock measures 8.6 x 8.4" and comes with a display stand. There is one repaired crack running through the rock.