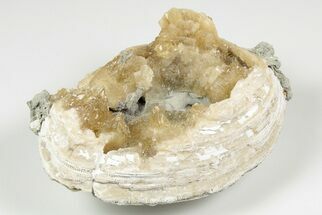 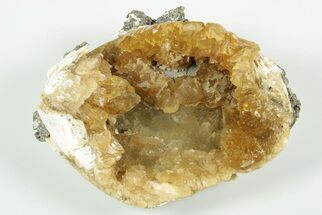 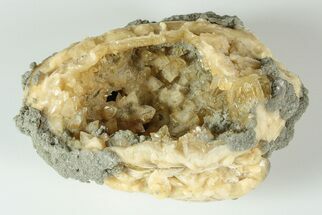 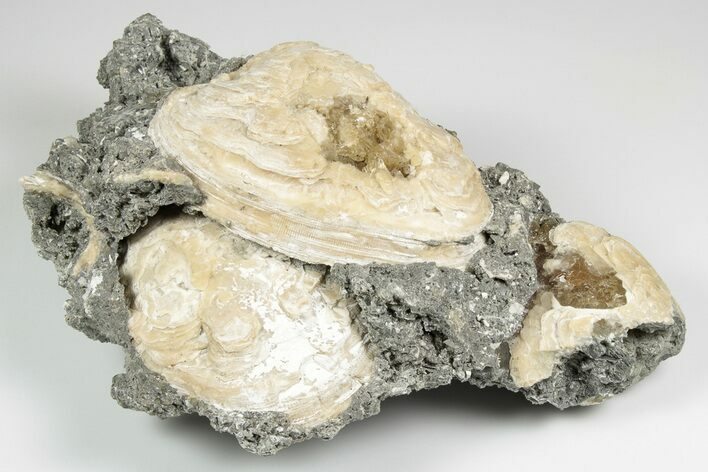 This is a 9.9" wide association of three fossil clams (Mercenaria permagna) from the the famous Ruck's Pit quarry in Florida. The interior of the largest clam and a partial clam are filled with golden-yellow calcite crystals which are highly fluorescent under both short and long-wave UV. These fossils are Early Pleistocene in age, or approximately 2 million years old. This specimen is surrounded by a large amount of the fossiliferous concretion it was found in. Overall a very interesting piece.

Ruck's Pit was a small cement quarry, that for several years in the early 2000's produced some amazing crystal lined fossils. Around 2006 the quarry was shut down, and filled in with water. While some material is still being found in tailing piles from he quarry, high quality specimens of these remarkable crystal filled fossils are becoming hard to acquire. 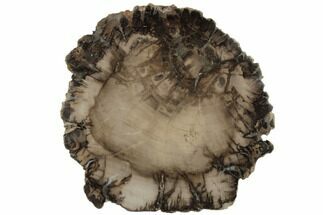 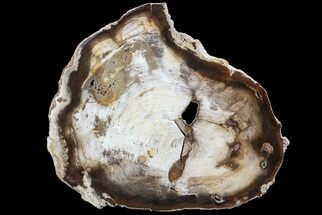 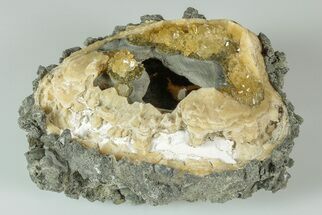 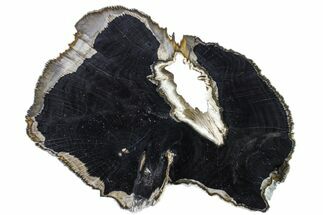 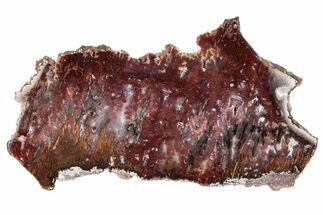