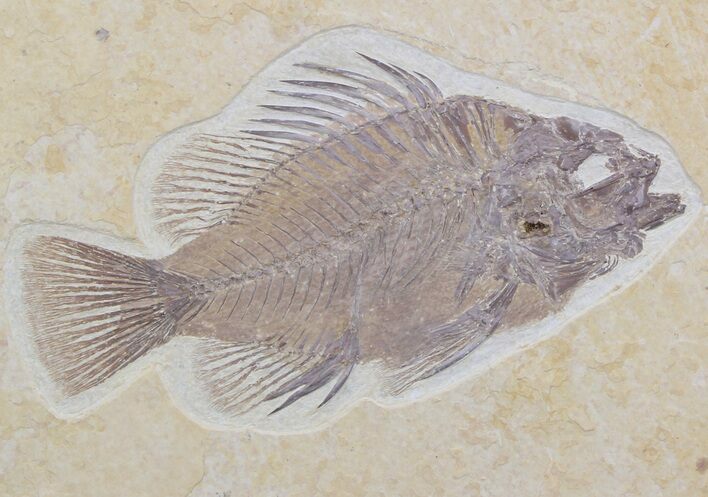 This is a top quality, 5" long example of Priscacara serrata from the Green River Formation. It was collected this past summer at Warfield's Quarry near Kemmerer, Wyoming. The specimen is remarkably detailed and perfectly laid out. It's nicely centered on a rectangularly cut piece of shale.