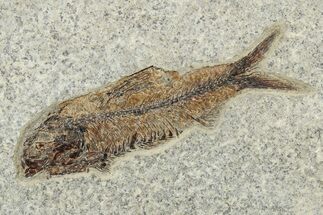 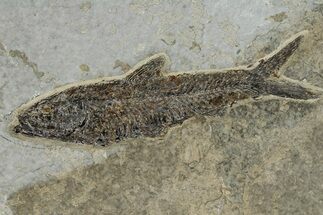 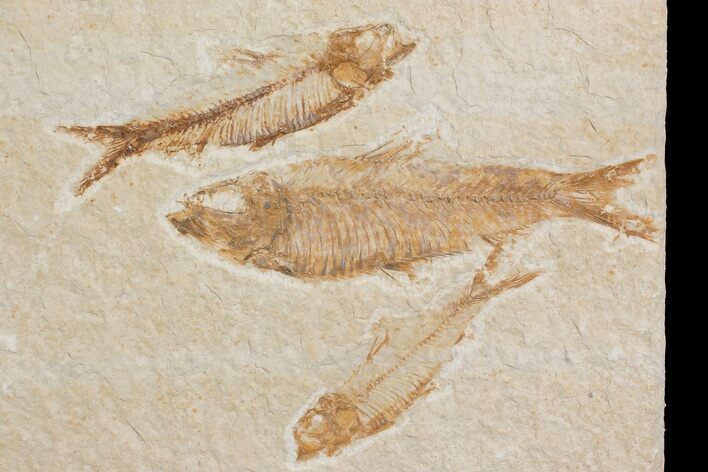 This is a trio of fossil fish (Knightia eocaena) from the Green River Formation of Wyoming. They show bones and fin rays. Under magnification overlapping scales can be seen. 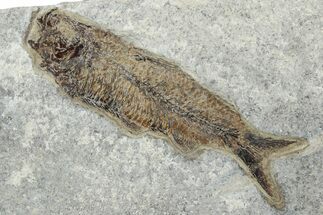