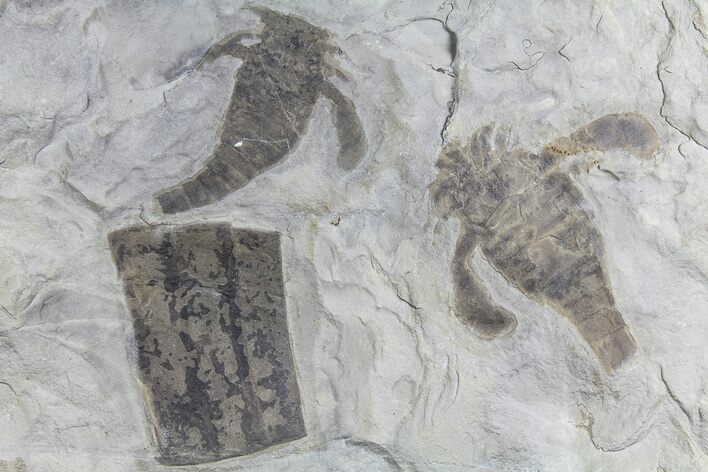 This is a pair of Eurypterid (Eurypterus remipes) fossils from Lang's Quarry in Herkimer County, New York. Both specimens are mostly complete, just missing their tail spines. Each is 1.8" long. There are a few body segments of a larger individual also present on the rock.