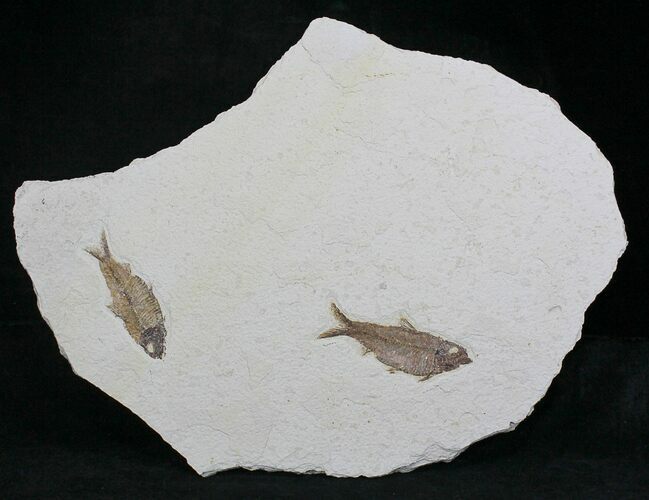 This is a pair of large, and well preserved Knightia alta fossil fish from the Green River Formation of Wyoming. Knightia alta is the more uncommon of the two types of Knightia found in the formation and has a much more robust appearance. The larger specimen is 4.8" and the smaller one is 4.4", location on an iregularly shaped 19x13.5" slab of matrix. It includes a display stand.