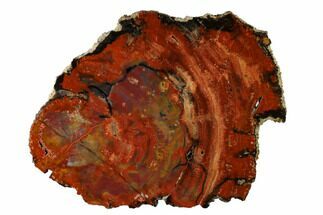 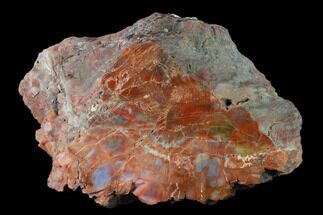 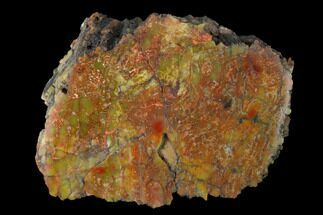 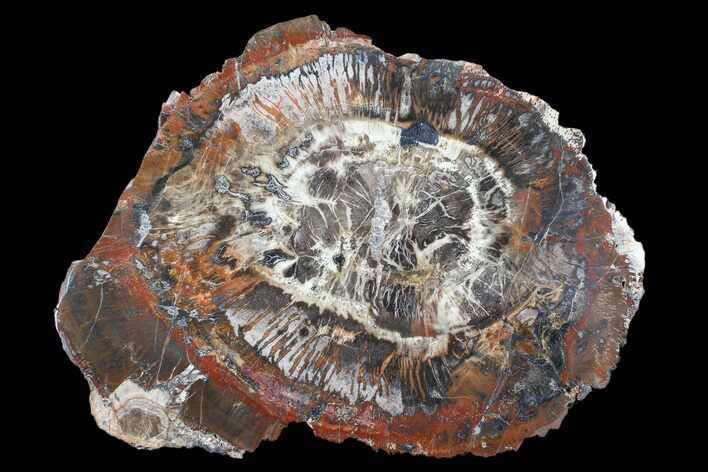 This is a brilliantly colored, 11" wide round of Araucarioxylon arizonicum petrified wood from Northern Arizona. It has beautiful red, tan, orange and pink coloration. One side has been highly polished to a mirror like finish by one of the top petrified wood polishers around. There are no dull areas or scuff marks.

What truly makes this specimen unique is the association of a fungus that originally formed on the tree when it was still alive. The circular mass on one edge of this petrified wood is the fungus that fossilized. Since fungus doesn't fossilize quite like wood (silica replacement), it was replaced by barite instead, explaining why the fungus portion of the polish doesn't have as nice of a luster as the polished wood. 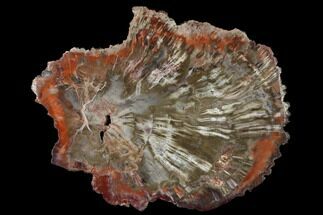 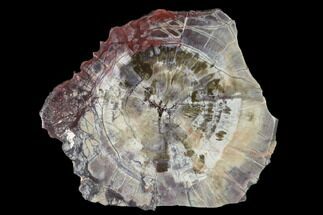 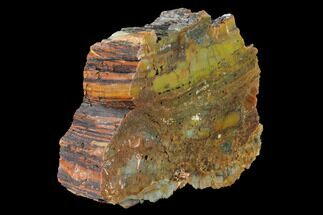 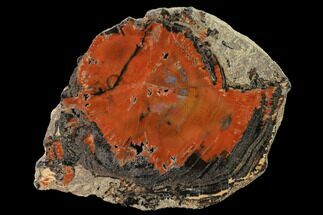 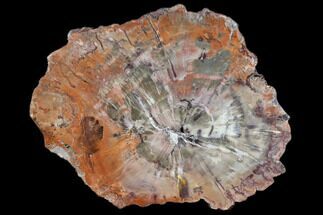 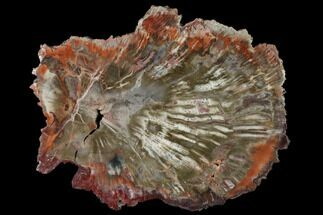