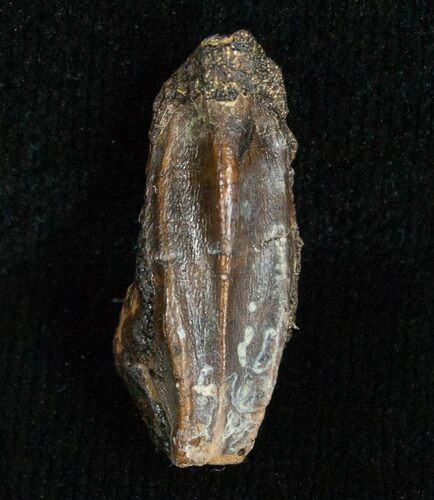 Here is an nicely preserved, tooth from Edmontosaurus annectens, a Hadrosaur. It's .83 inches long, is relatively unworn with dark enamel preservation.