This is a very nice example of a barb/tooth from the extinct giant sawfish Onchopristis numidus. This particular example has much better enamel preservation that most do and also has not been repaired like most. 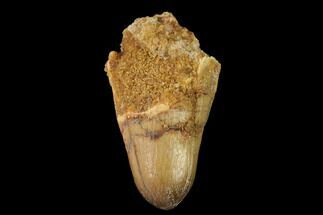