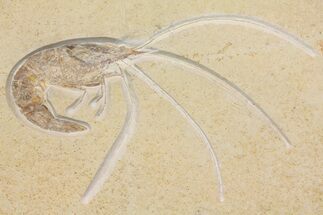 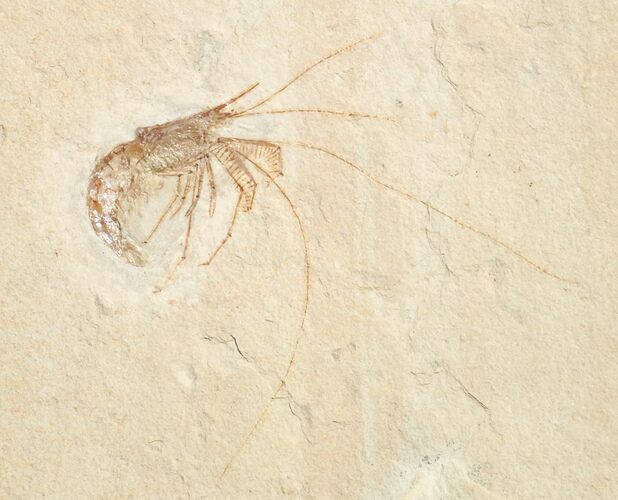 This is a truly WORLD CLASS fossil shrimp (Aeger tipularius) from the 155 million year old Solnhofen Limestone of Germany. It's a monster at almost 9" in length when you include the antenna, the body would be over 4" if it was outstretched. The detail on this specimen is amazing, and unlike many of the shrimp fossils from the Solnhofen the details aren't simply painted on. As an added bonus there is a nicely preserved plant fossil probably of the genus Athrotaxis right above it. This is a phenomenal piece.

The fossils lie on a large 19x16", unbroken slab of limestone. We can trim this limestone down to custom dimensions upon request for no charge.