FOSSILERA
MINERALS
FOSSILS FOR SALE
NEW
CRYSTALS
ABOUT
Minerals & Crystals
Pyrolusite
Pyrolusite is the mineral representation of manganese dioxide and is an important ore of the metal, manganese. It has a silver, metallic luster, a black or bluish-black streak and soft texture. This mineral is commonly found in finely packed fibrous, acicular, and radial forms composed of very thin needles or fibers. Pyrolusite is believed to be manganite replaced by pyrolusite. Intermediary stages between the two minerals have been observed, suggesting that pyrolusite probably often pseudomorphs from manganite. Therefore, a more accurate name for these specimens would be: pyrolusite replaced manganites. This mineral easily dirties fingers when handled. A quality that made it an effective pigment in the past. Analysis has proven that many prehistoric cave paintings were done using ground pyrolusite and traces of the mineral were found at known neanderthal sites. Some pyrolusite specimens have the appearance of a blossoming, silver flower that contrasts nicely with its typical, red, iron-rich matrix.
8 Items ($12 to $25) 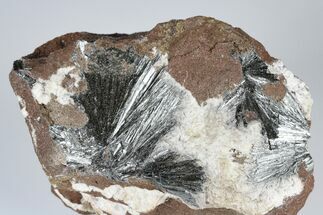 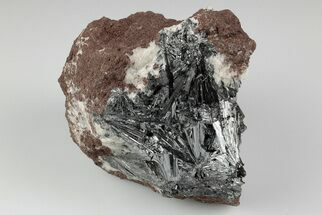 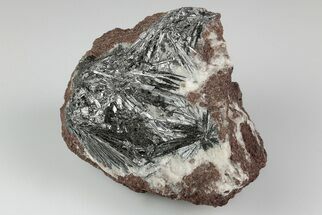 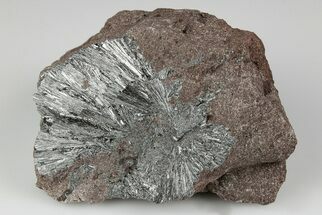 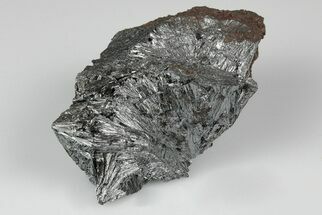 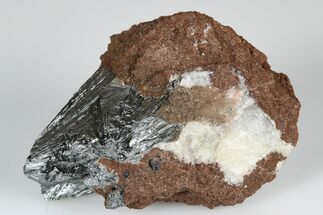 Where Is Pyrolusite Found?

There aren’t too many areas that produce collector quality pyrolusite, but the ones that do are astonishing. The Imini Mine from the Drâa-Tafilalet Region of Morocco is responsible for the classic, radiating pyrolusite flowers that collectors greatly enjoy. German mines produce similar specimens, though not with the same red matrix as Moroccan specimens. Portugal and Spain extract interesting varieties including bladed crystals and rare, large, individual crystals. Southern Australian specimens are quite interesting and are known to be pseudomorphs of manganite.

How Does Pyrolusite Form?

The primary formation method of pyrolusite is in oxidation zones of hydrothermal vents where manganese is present or manganite has previously formed. Pyrolusite has also been observed in acidic bogs where it has pseudomorphed from manganite. 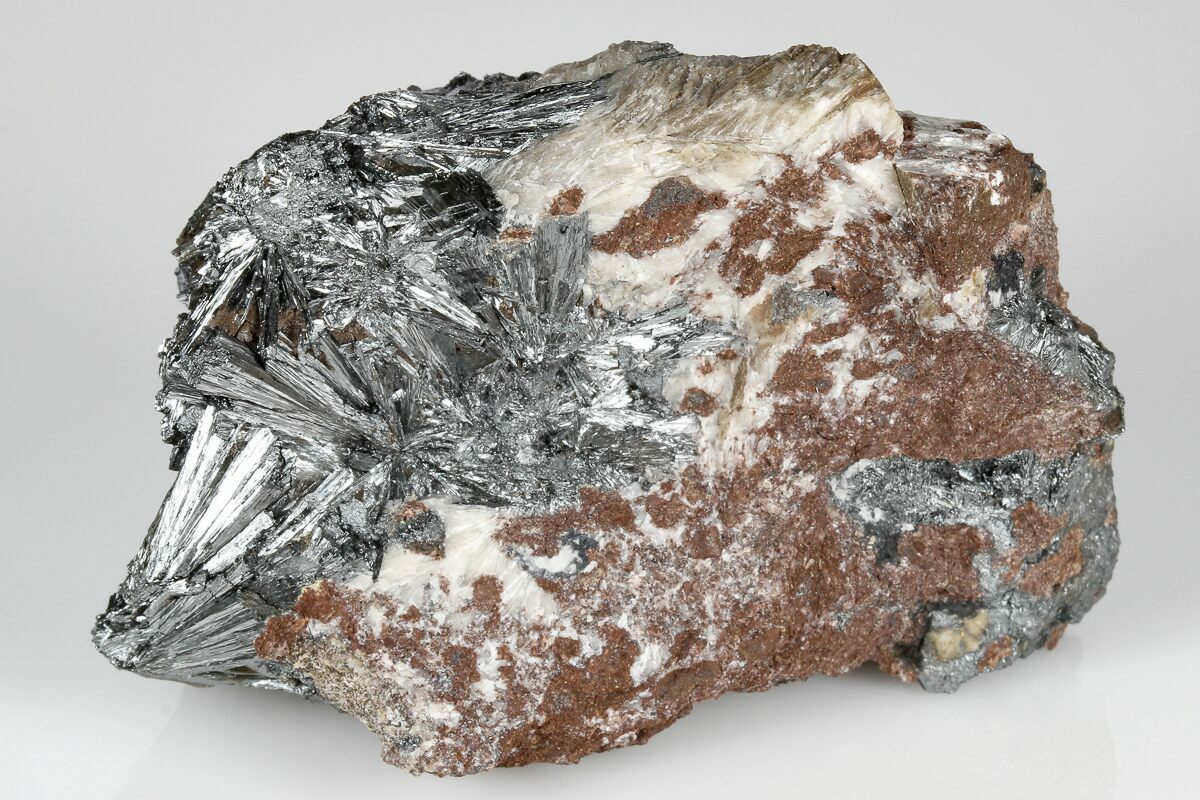