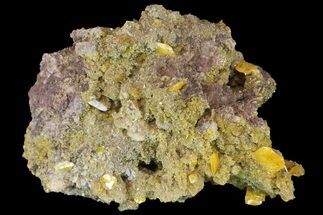 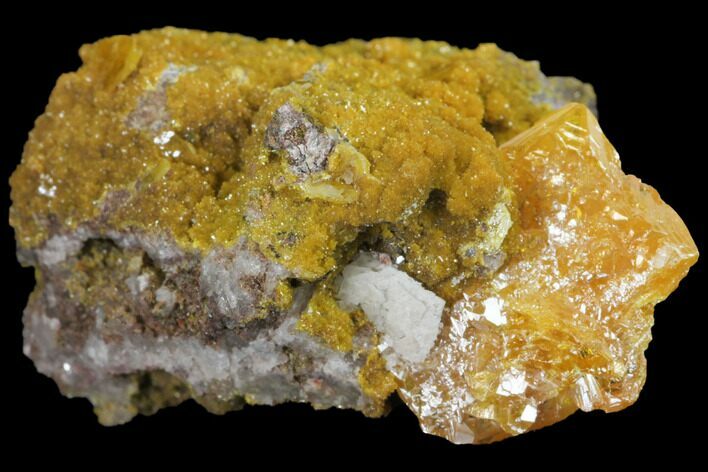 Mimetite is a lead chloro-arsenate mineral with the chemical formula of Pb5(AsO4)3Cl. Depending on conditions, during formation/replacement, arsenate radicals (As04) can be replaced by a phosphate (PO4) or vanadate (VO4) radical. This alteration is what leads to the formation of pyromorphite and vanadinite, hence why they're typically found associated with each other. Regularly ranging between red and yellow in color, mimetite can occur in a variety of structures, from small prismatic clusters and crusts, to incredible hexagonal crystals both thick and thin.
SOLD
DETAILS
SPECIES
Wulfenite & Mimetite
LOCATION
San Francisco Mine, Cerro Prieto, Cucurpe, Sonora, Mexico
SIZE
1.3" wide matrix. Largest wulfenite crystal is .6"
CATEGORY
Other Crystals & Minerals
SUB CATEGORY
Wulfenite
ITEM
#127395
SHIPPING
Shipping & Return Policy info. 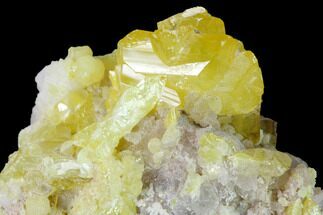 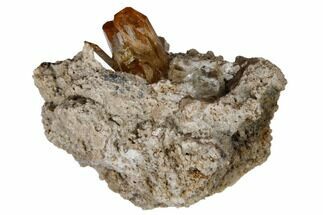 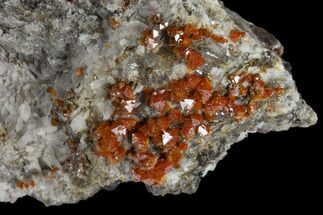 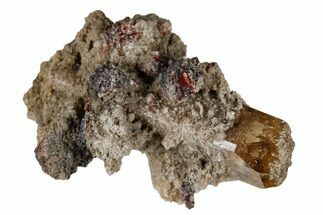 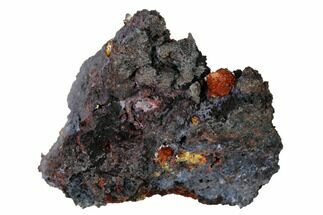 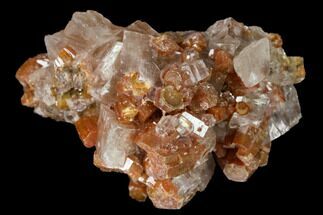 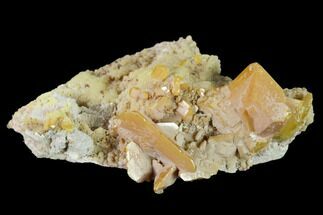