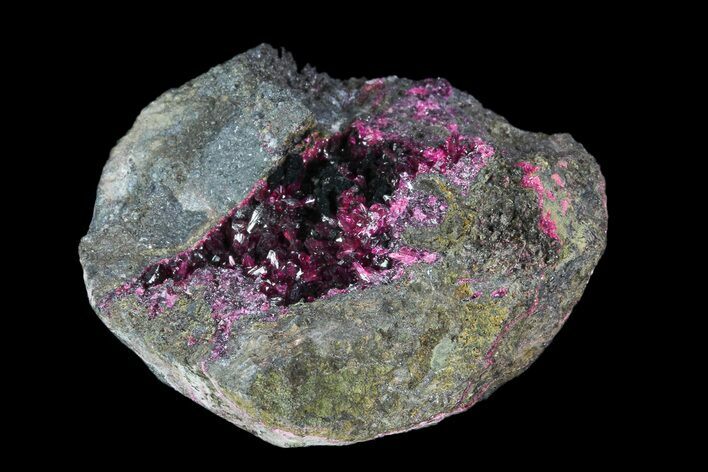 This is a small cluster of very richly colored, Roselite crystals of the Bou Azer District of Morocco. We got a small lot of some pieces of Roselite that have some of the darkest coloration and best crystal definition I've seen.