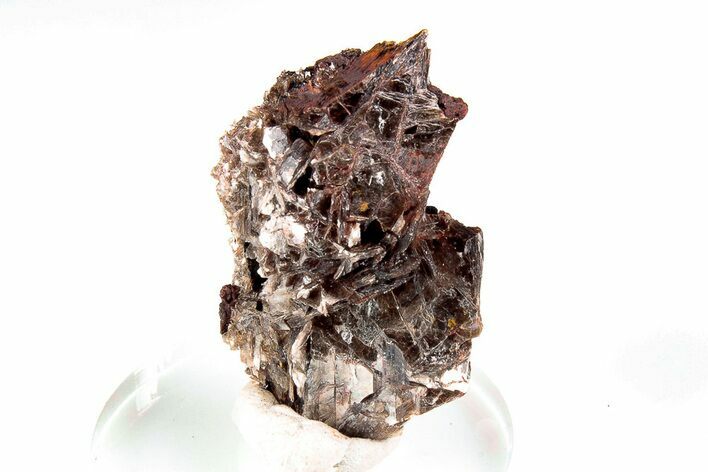 This is a beautiful black tourmaline (schorl) and mica crystal association from Brazil. The schorl crystals have a non-metallic luster and striations that run along the length of the crystals. The mica has brilliant slightly reflective luster that adds additional excitement to the piece. This specimen has been mounted to an acrylic display base with mineral tack. 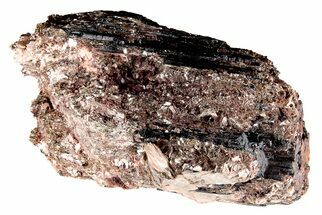 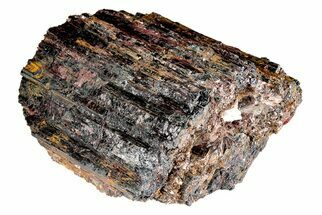 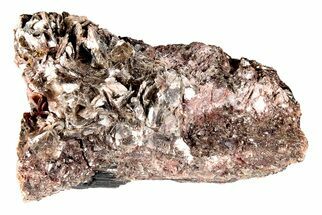 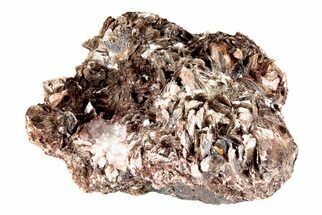 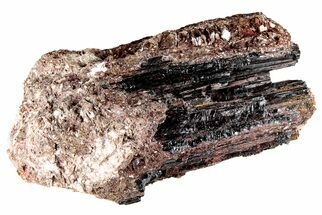 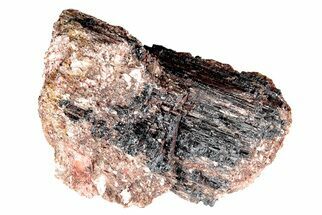 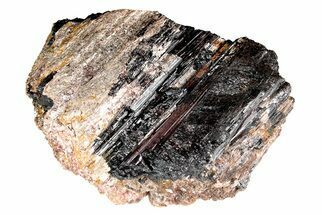 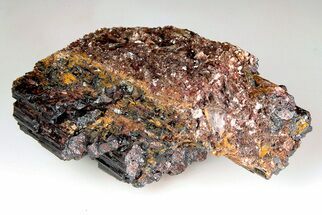