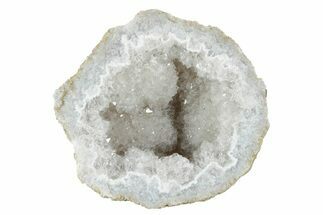 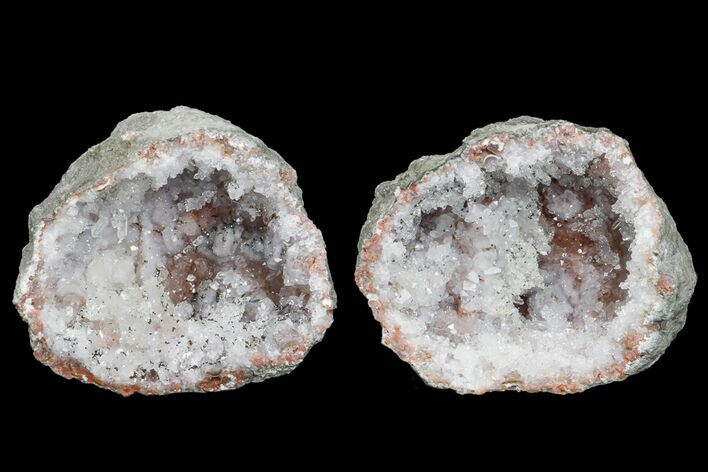 This is a beautiful, sparkling quartz "red rind" geode from the Keokuk area of Iowa. It's been cracked open to reveal an interior lined with glimmering, clear quartz crystals and iridescent chalcopyrite crystals. Both halves are included. 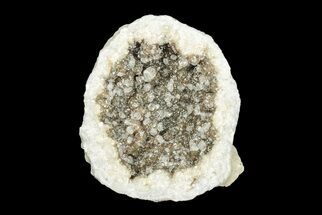