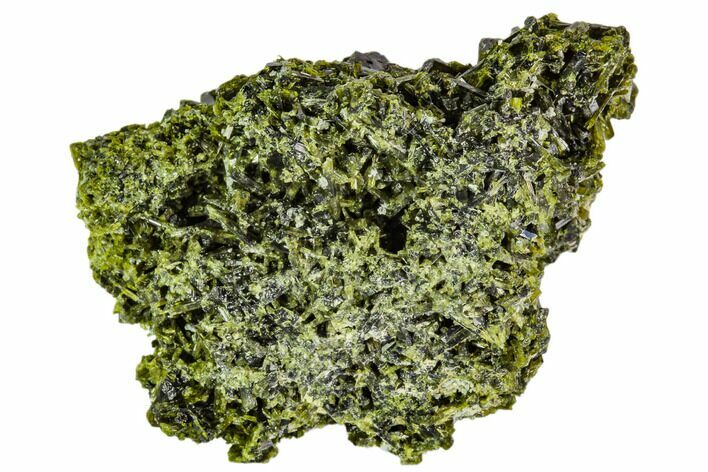 This is an association of green epidote crystals and deep brown/black andradite garnets. This specimen was collected from Balochistan, Pakistan. 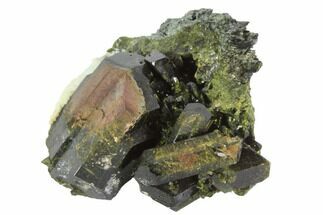 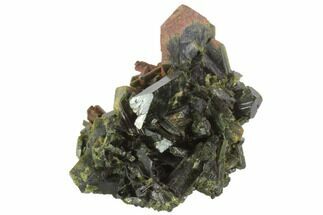 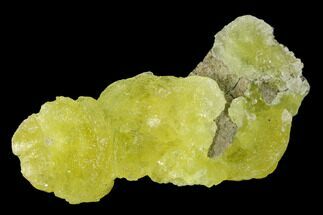