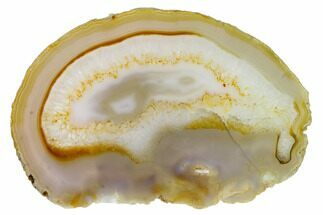 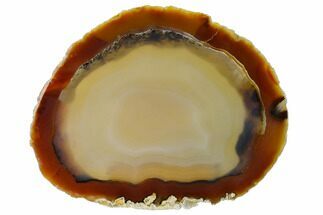 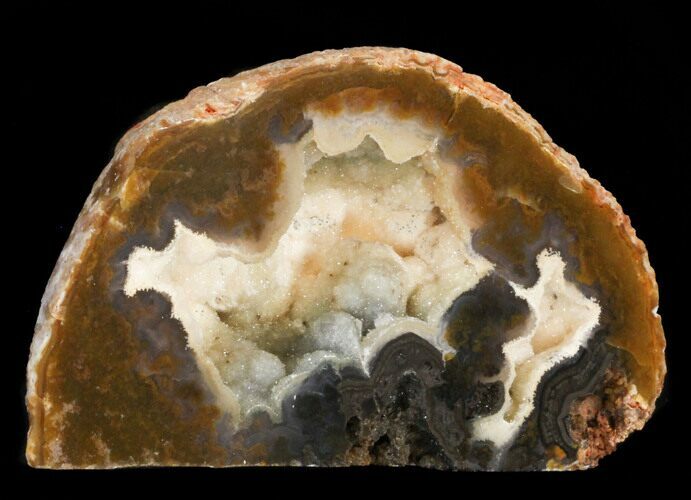 This is a beautiful, cut and polished brazilian agate. The base has been cut flat so that it's stands up nicely on a flat surface for display. The center of the ages has two small hollow areas filled with a very white druzy quartz crystals. The coloration of all of the agates we sell in natural, not dyed like many agates from brazil. 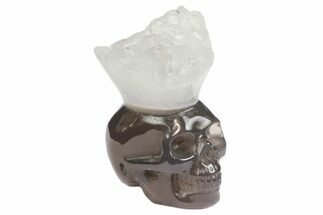 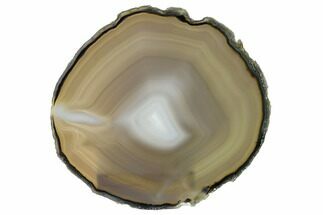 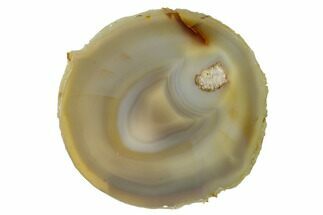 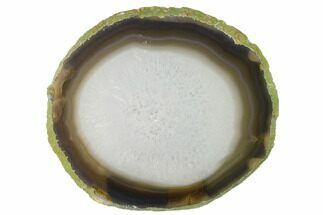 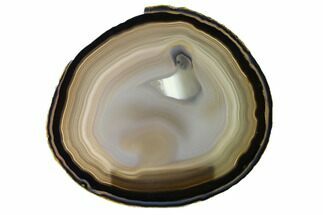 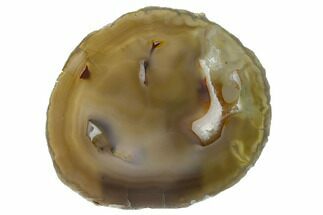 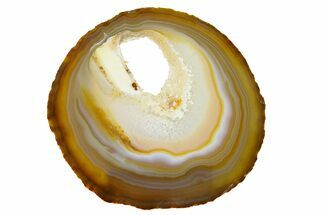 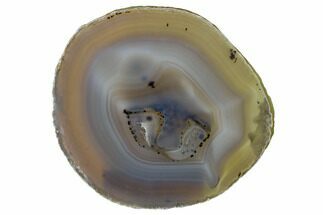