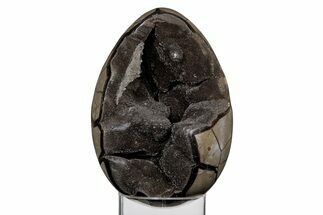 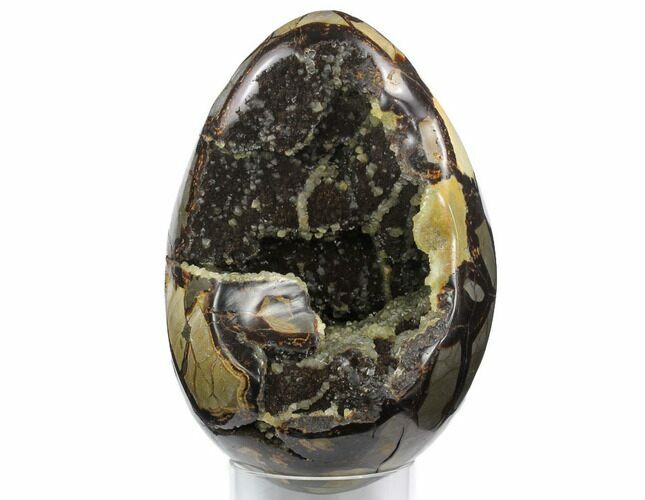 This is one of the more unique and visually stunning Septarian "Dragon Egg" geodes that I've seen. Not only is it huge, but it has a lot of interesting, yellow, calcite crystal formations which are not often seen in the Madagascar septarian. It is also full of glimmering, brown/black calcite crystals which line the interior.

The Septarian was collected in the Betsiboka Region of Madagascar. It is a hollow septarian nodule, which has been polished into an egg shape, and the natural cracked pattern of the septarian gives it the appearance of a dragon egg. A spectacular display piece which would look great in your home/office or make a great gift for the Game of Thrones enthusiast you know. Comes with the pictured display stand. 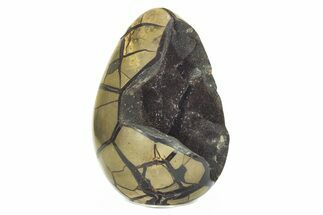 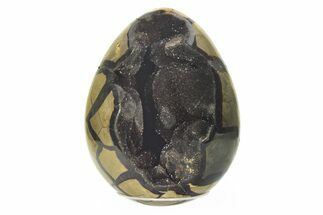