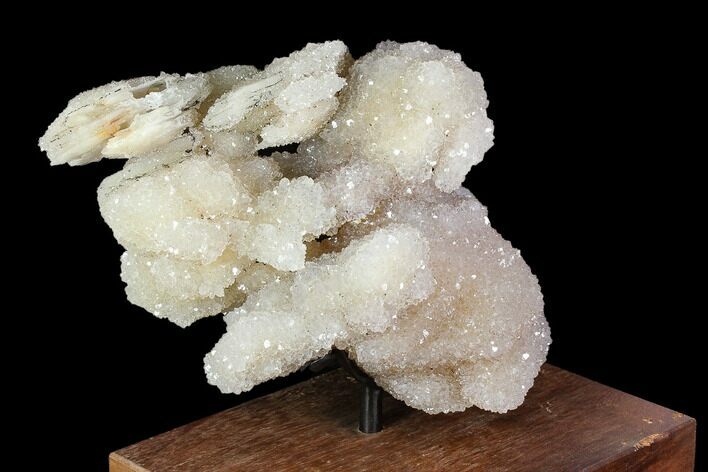 This is a gorgeous quartz crystal cluster from the famous mines near Artigas, Uruguay. It features many shimmering quartz crystals that encrust large calcite crystals. This calcite and quartz association can be seen by looking at what could be considered the underside of the specimen. The quartz crystals have a very faint purple hue to them, however i wouldn't consider it enough of a color difference to categorize it as amethyst.

This cluster is accompanied by a metal base which contains a metal "arm" that holds the quartz in place. The wood base is 9.6" long by 6.9" wide and including the base, the entire specimen stands 9.4" tall. 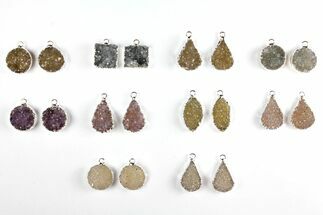 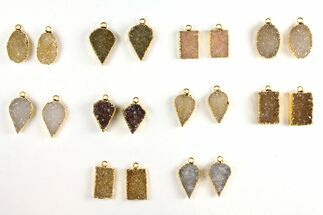 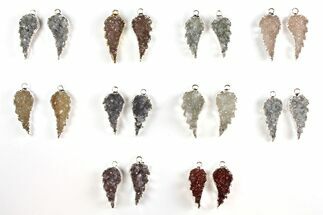 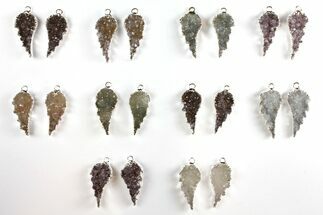 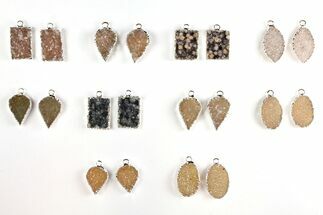