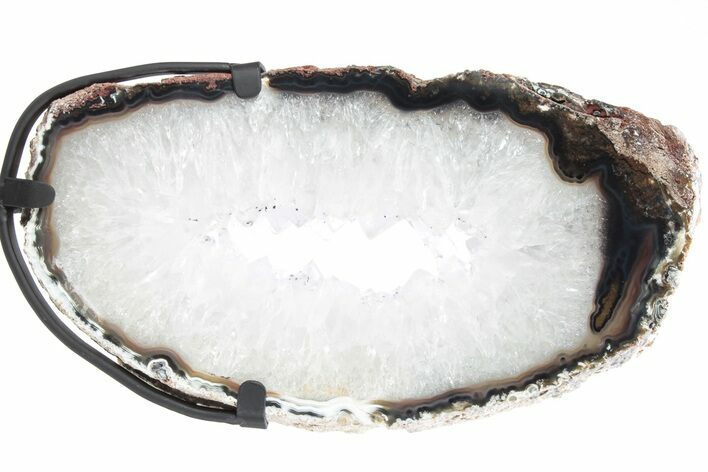 This is a gorgeous slice of agate from Brazil with a quartz crystal pocket. It has been cut and polished on both sides revealing the exciting inner patterns. The agate features black, orange, and cream chalcedony bands around the center pocket.