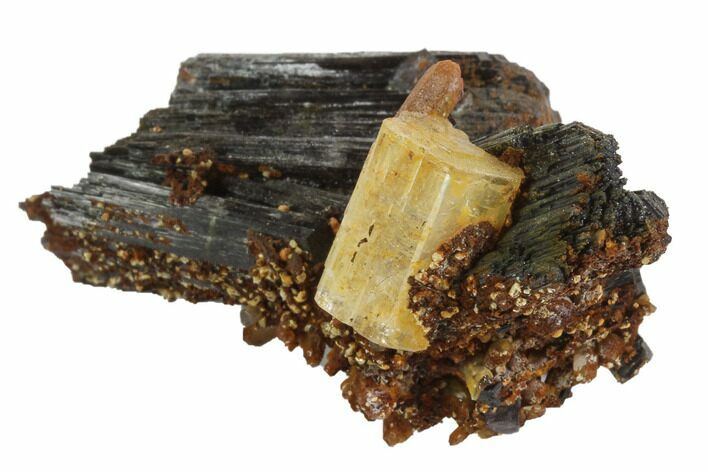 This is an association of goshenite crystals, purple fluorite, limonite coated quartz crystals and black tourmaline (schorl), collected from the Erongo Mountains in Namibia.

Goshenite is a white to colorless variety of Beryl. 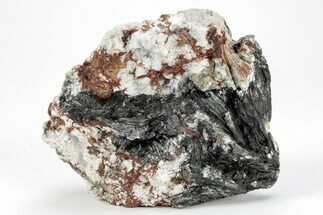 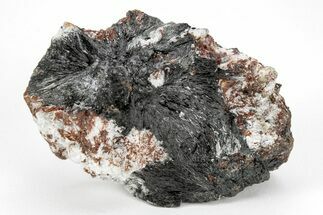 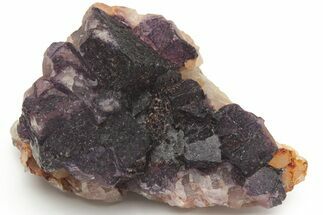 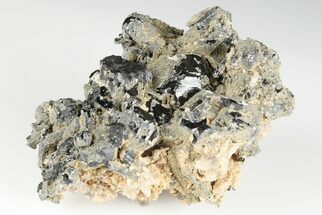