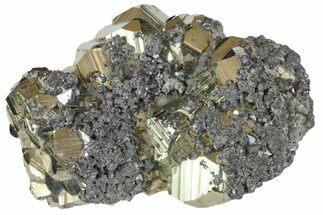 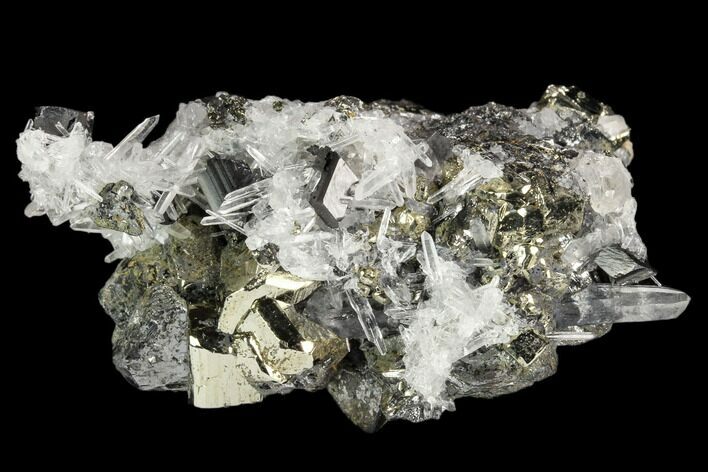 This is a beautiful specimen that contains an association of pyrite and quartz crystals. It comes from the Huanzala Mine in Peru and the entire piece measures 2.4" wide. Based off of the streak color and crystal structure, it appears that this specimen contains beautifully formed dark huebnerite crystals. 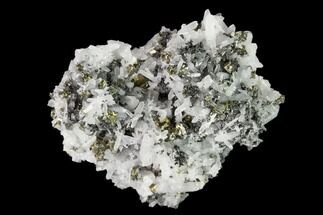 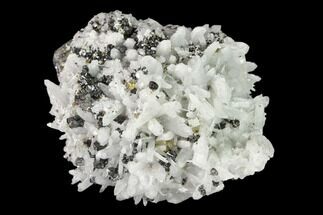