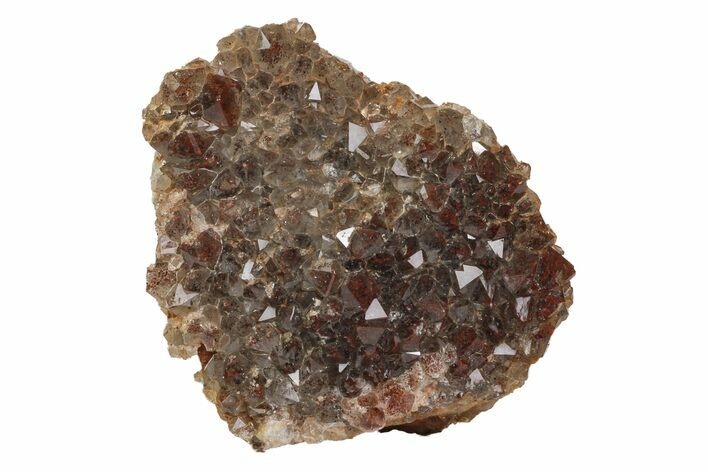 This is a cluster of quartz crystals with hematite inclusions, collected from the Purple Mountain Mine near Thunder Bay, Ontario. These crystals have some very faint purple coloration in spots, however not enough to justify labeling them as amethyst. 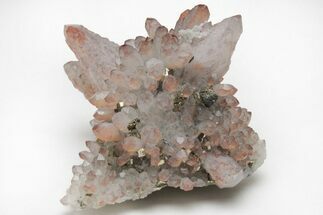