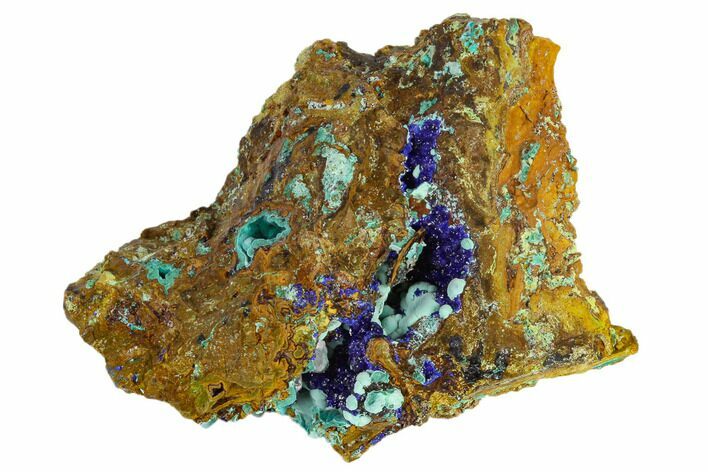 This colorful specimen contains deep blue azurite that is associated with botryoidal green rosasite formations. It was collected from the Hidden Treasure Mine in the Ophir District of Utah, a location that's well known for its zinc and copper mineral deposits.

Azurite and malachite are known to form in union with each other, for their chemical makeup is very similar. In fact, the presence of more or less water in the location of formation, is enough to determine whether an abundance of malachite over azurite, or vise-versa, will accumulate.
View All Mineral Specimens
SOLD
DETAILS
SPECIES
Rosasite & Azurite
LOCATION
Hidden Treasure Mine, Ophir District, Utah
SIZE
2.6 x 1.8"
CATEGORY
Rosasite
ITEM
#119507
SHIPPING
Shipping & Return Policy info. 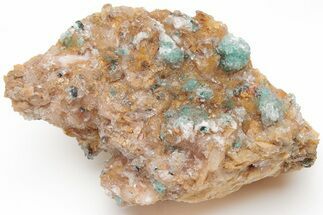 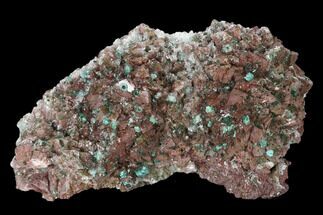 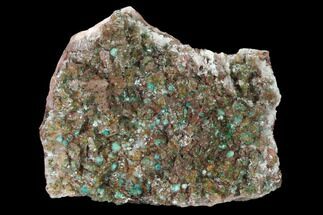 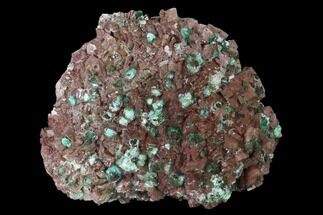