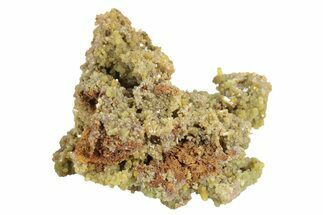 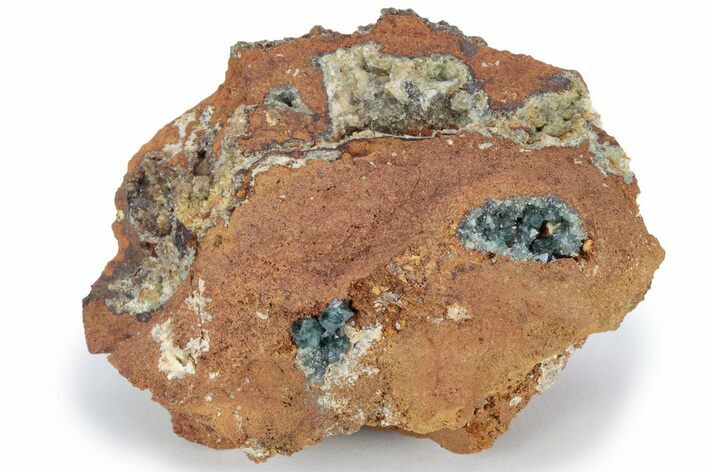 This is a beautiful specimen of lustrous, blue scorodite crystals within two pockets of a limonite matrix, collected from the Ojuela Mine in Durango, Mexico. The entire specimen measures 2.6" wide.

Scorodite is a hydrated iron arsenate mineral that forms in hydrothermal deposits and as a secondary mineral in gossans (weathered, oxidized, or decomposed rock). It often exhibits a blue coloration, however it can also be green, blue-green, grey, grayish-green, yellow-brown, violet, and nearly colorless. The first documented discovery was in Schwarzenberg, Germany, and was named after the Greek word Scorodion, meaning "garlic" or "garlicky", due to the garlicky smell it produces when heated. 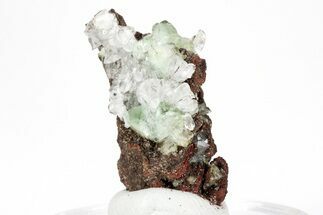 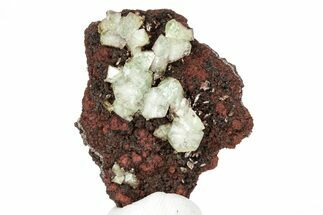 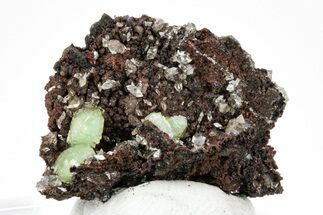 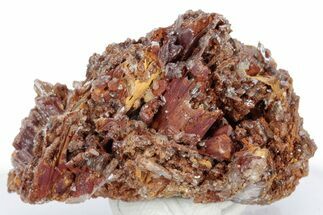 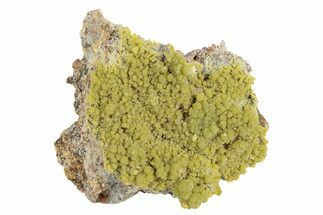 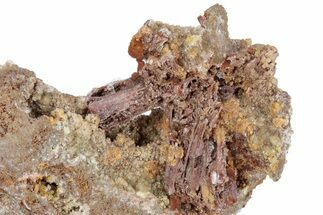