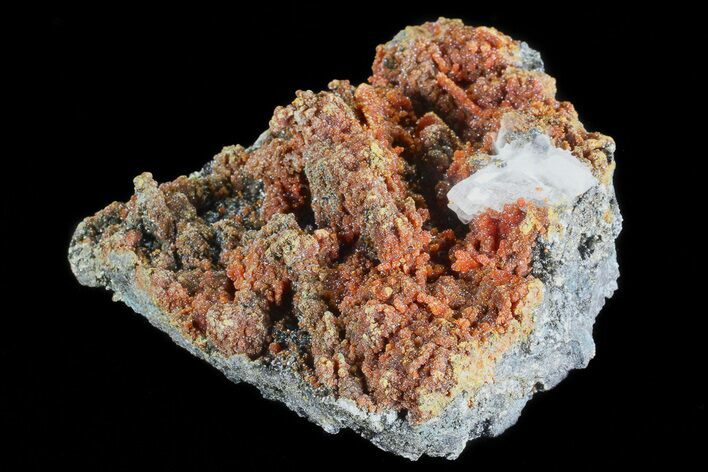 This is a beautiful specimen of red-orange orpiment that formed in botryoidal masses, collected from Peru. The orpiment has a rich red and orange coloration, and formed from a pyrite-rich matrix. 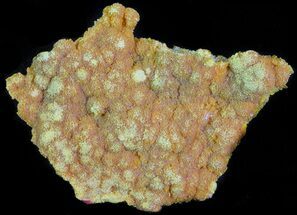 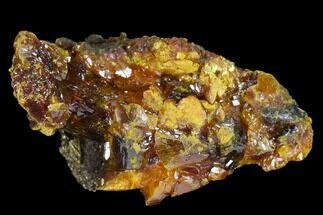 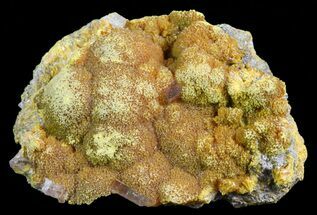 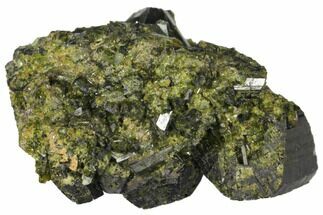 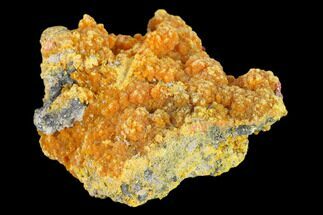 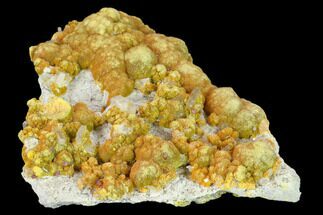