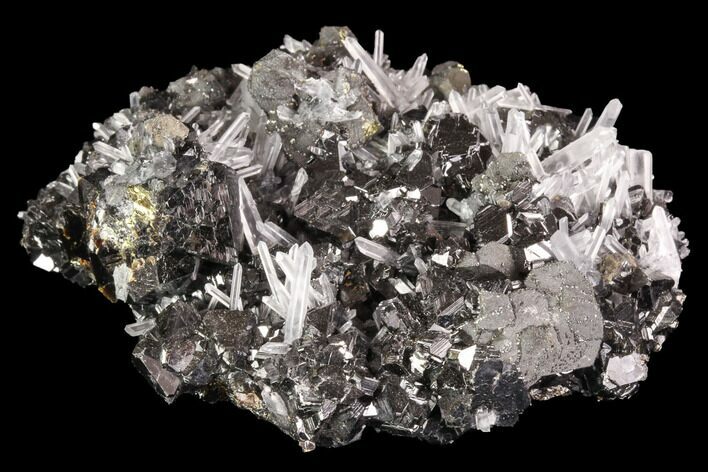 This beautiful specimen contains an association of chalcopyrite, sphalerite and quartz crystals. It comes from the Huanzala Mine in Peru and the entire piece measures 2.9" wide. Comes with an acrylic display stand.

Chalcopyrite is a brass-yellow colored mineral which is one of the most important ores of copper. When weathered chalcopyrite loses it's metallic luster, turning a gray-green color. When acids are present the tarnish can develop a red to blue to purple iridescence.
View All Mineral Specimens
SOLD
DETAILS
SPECIES
Chalcopyrite, Sphalerite & Quartz
LOCATION
Huanzala Mine, Bolognesi, Peru
SIZE
2.9" wide
CATEGORY
Chalcopyrite
ITEM
#94412
SHIPPING
Shipping & Return Policy info.