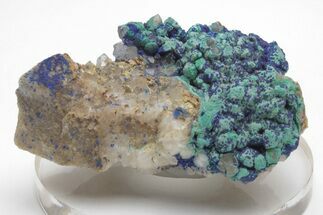 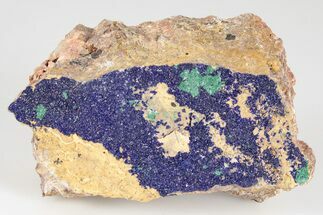 3.8" Azurite and Malachite with Quartz - Morocco 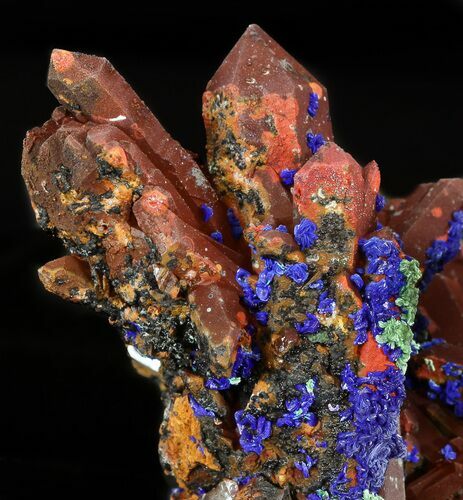 This specimen displays an incredibly blue layer of azurite, coating an aggregation of vivid green malachite, all formed over limonite coated quartz crystals. Most of this specimens azurite and malachite formed in fibrous, fan-like projections. 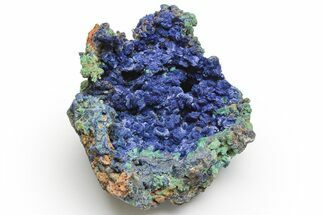 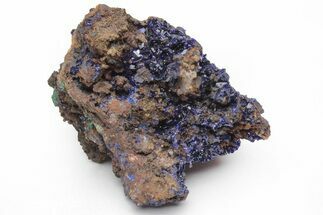 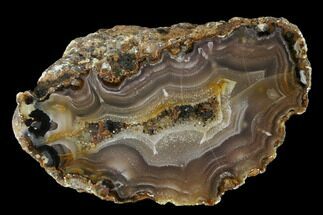 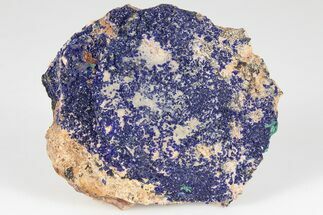 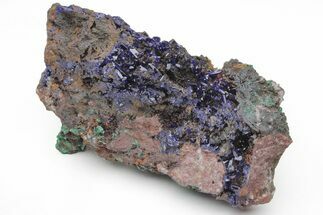 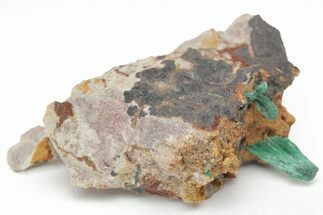 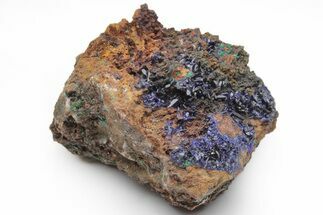 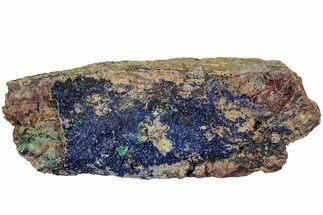