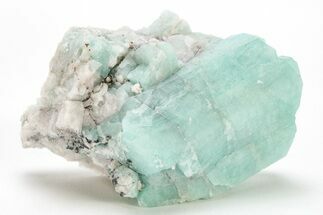 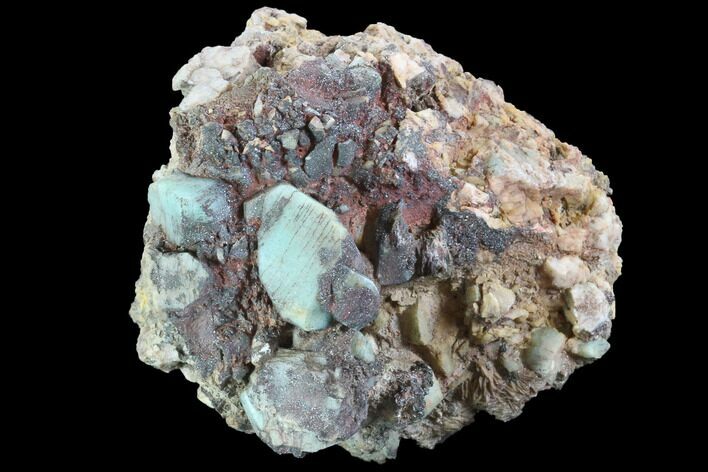 This is a lovely, teal blue amazonite crystal cluster mined in Crystal Peak, Colorado. A thin coating of hematite (iron-oxide) encrusts most of the amazonite and bladed cleavelandite crystals, which can be found scattered throughout the cluster. 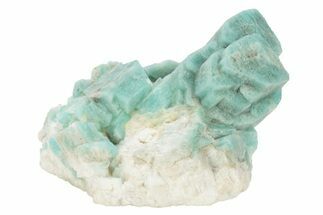 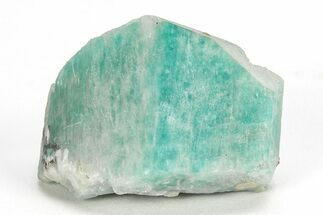 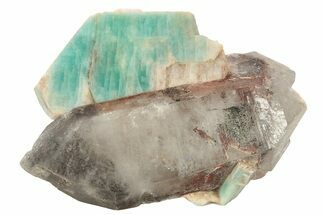 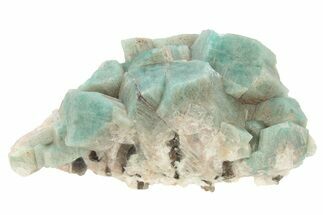 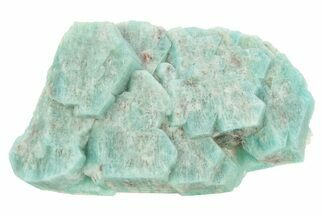 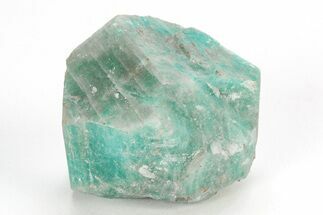