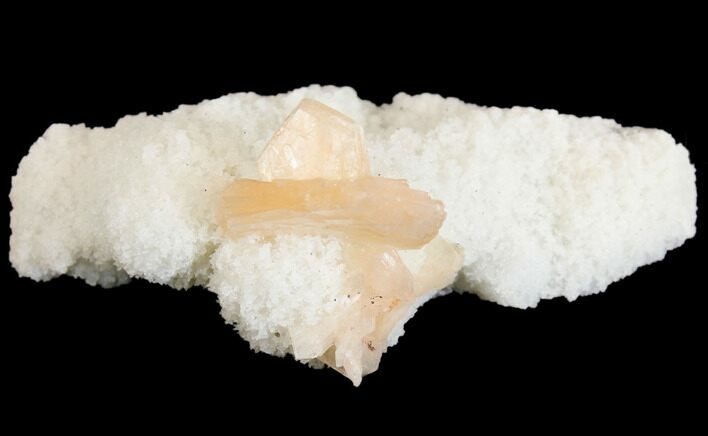 This is a beautiful, 3.5" wide peach stilbite crystal cluster that formed in association with quartz chalcedony, collected from India. The crystals are in excellent condition.