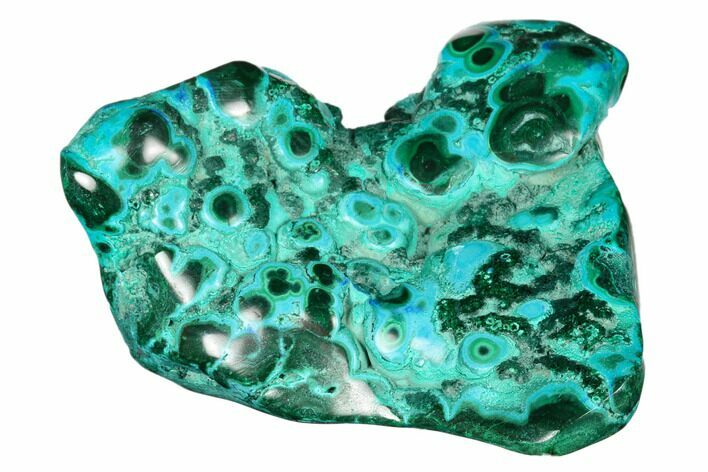 This is a 3.5" wide, colorful botryoidal malachite and chrysocolla association. It comes from the Katanga Province in the Democratic Republic of the Congo. The majority of this specimen has been polished to a glossy finish. 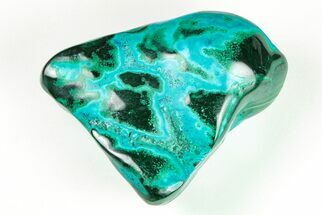 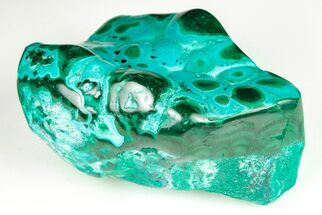 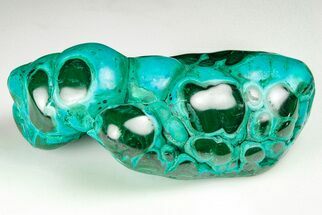 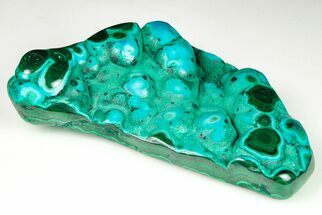 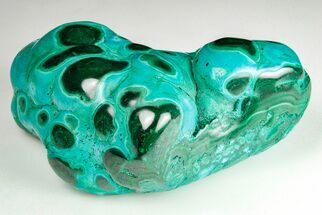 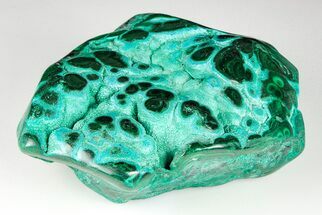 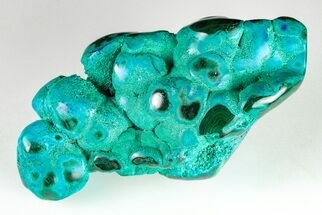 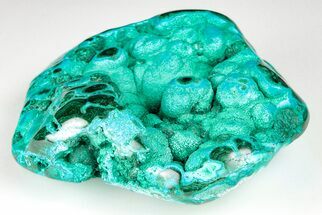 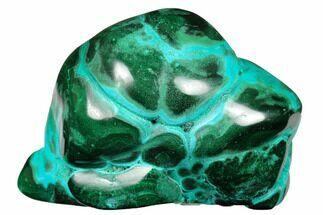