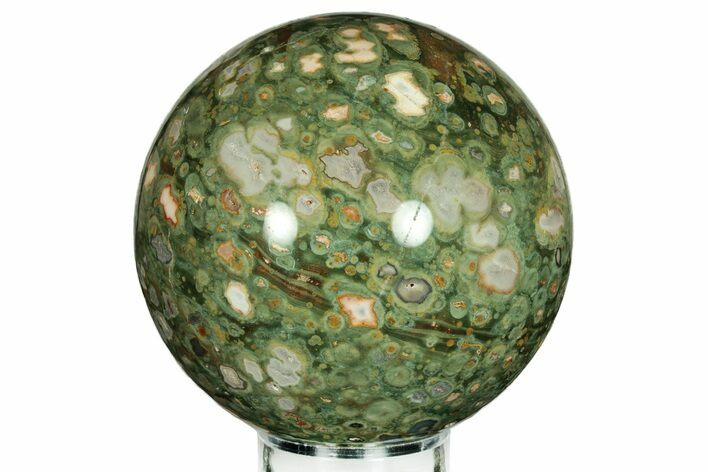 This is a 3.9" wide polished Spherulitic Rhyolite sphere, collected from Mt. Hay, Queensland. Rhyolite (Rainforest Jasper) is a group of extrusive igneous rocks, typically consisting of large-grained crystals such as feldspar or quartz dispersed in a fine-grained silicate rich rock. This type of rhyolite features pockets of agate.

Agate is a variety of microcrystalline quartz (chalcedony) that displays translucence and in some cases banding. Agate primarily forms when silica-rich fluids fill pockets within rock and/or fossils, resulting in deposition of the silica along the walls of the rock. This process can result in banding patterns as the composition and impurities of the fluids change over time. These banding patterns can either form as flat layers or rounded layers, depending on the surfaces available for deposition.
View All Polished Stones
FOR SALE
$345
DETAILS
SPECIES
Rhyolite
LOCATION
Mt. Hay, Queensland, Australia
SIZE
3.9" wide
CATEGORY
Jasper
SUB CATEGORY
Rainforest Jasper (Rhyolite)
ITEM
#208016
SHIPPING
Shipping & Return Policy info. 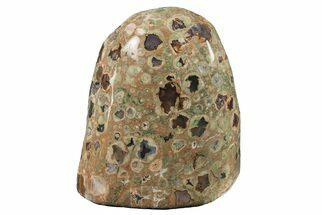 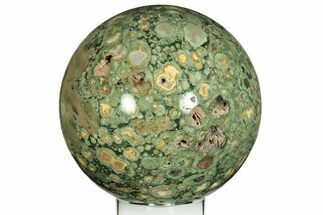 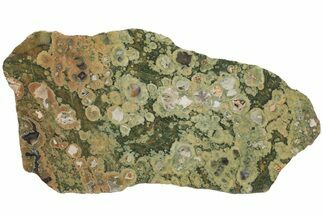 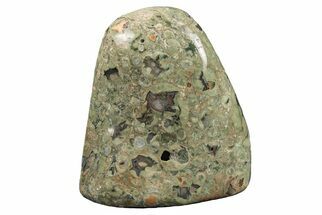 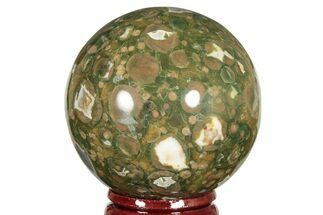 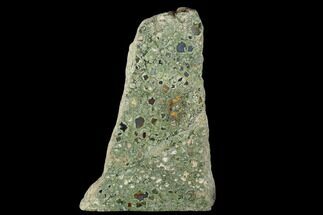 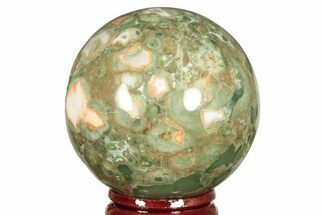 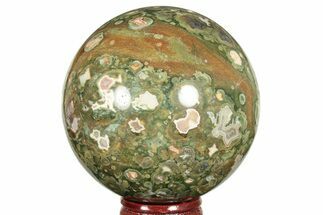 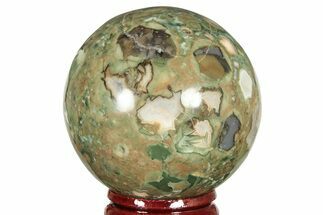