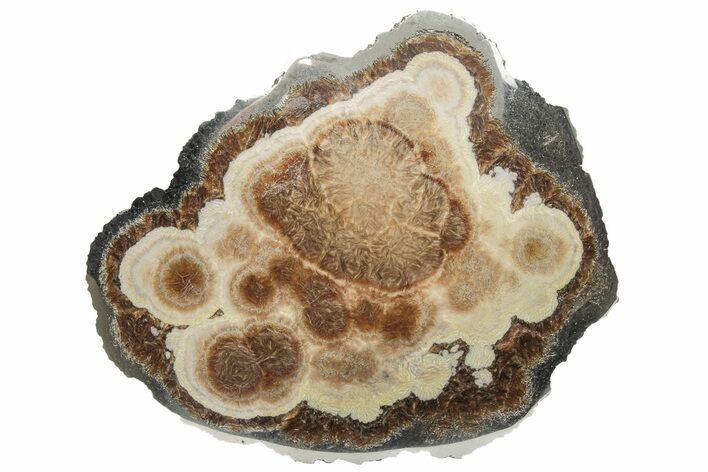 This is a beautiful, polished baryte and marcasite specimen collected from the Lubin Mine in Poland. The baryte displays a coloration that ranges between brown, white, and beige, dependent on conditions and composition of minerals present during formation. The silver-gold colored marcasite can be noted by its reflective properties, as well as the small crystals surrounding the polished portion of the specimen. The unpolished side of this specimen features the lustrous, globular exterior of the formation.

Shortly after discovery, this cavernous pocket was filled with concrete for structural stability purposes. Fortunately, a relatively small amount of these mineral conglomerates were able to be extracted. However, due to the filling of this pocket, the marcasite and baryte collected from this location in it's short period of time is all that is on the market.
View All Polished Stones
FOR SALE
$115
DETAILS
SPECIES
Baryte & Marcasite
LOCATION
Lubin Mine (copper mine), Lubin, Lower Silesia, Poland.
SIZE
Size: 4.2 x 3.5", up to .7" thick
CATEGORY
Marcasite
ITEM
#212790
SHIPPING
Shipping & Return Policy info. 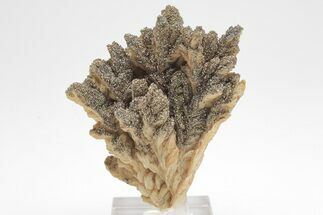 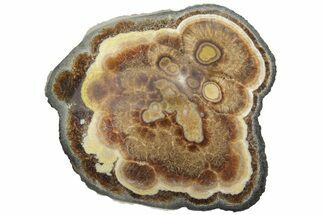 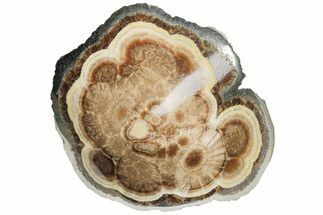 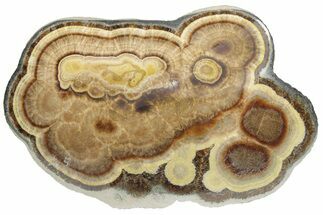 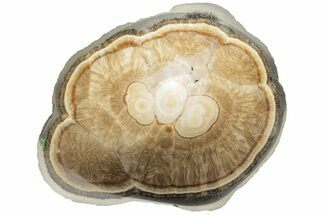 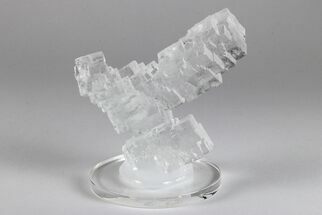