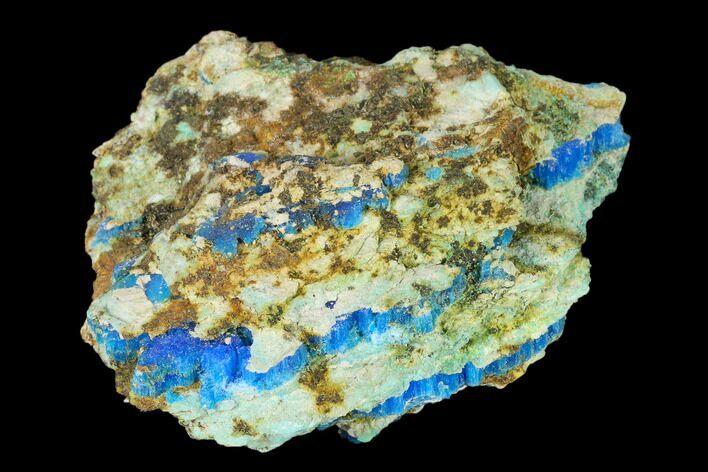 This is a natural chalcanthite specimen, collected from Mina Ojuela of Durango, Mexico. The vibrant blue crystals on this specimen formed as thin parallel fibers between cracks in the rock. 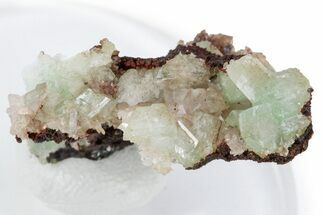 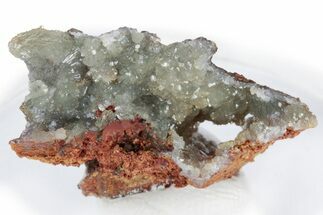