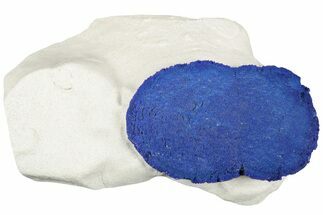 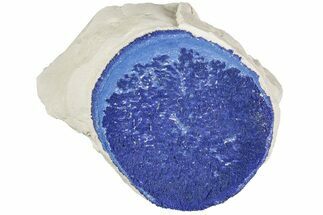 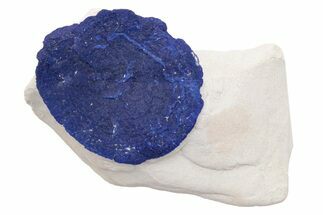 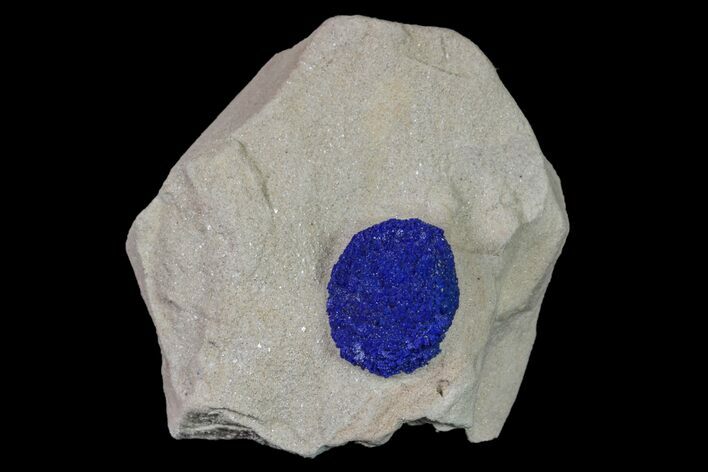 This is a .42" wide, vibrant blue azurite sun on a kaolinitic siltstone/sandstone matrix. It was collected from the Malbunka Copper Mine in the Northern Territory of Australia.

They are thought to have been formed by hydrothermal fluids carrying copper ions through the bedding planes in the rock formation. Carbonate molecules and copper ions in the groundwater nucleated around mineral grains in the kaolinite, which resulted in crystallization of the azurite. Because the azurite was forced to grow in a laterally-compressed and radiating manner along preferred bedding planes, the azurite grew uniformly outward, often producing circular shapes.
View All Mineral Specimens
SOLD
DETAILS
SPECIES
Azurite
LOCATION
Malbunka Copper Mine, Utju, Northern Territory, Australia
SIZE
Sun .42"
CATEGORY
Azurite
SUB CATEGORY
Azurite Suns
ITEM
#155634
SHIPPING
Shipping & Return Policy info. 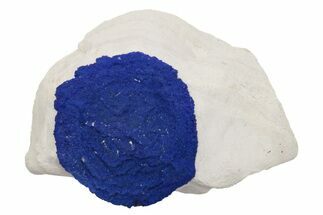 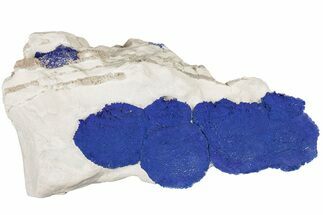 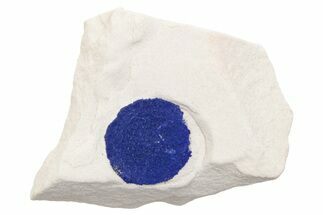 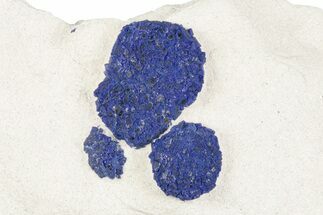 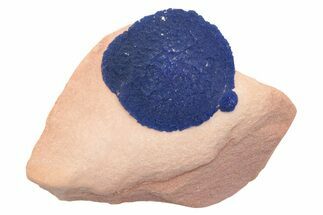 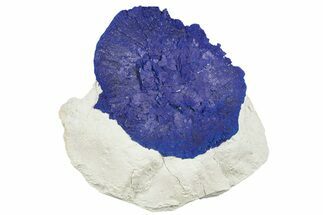 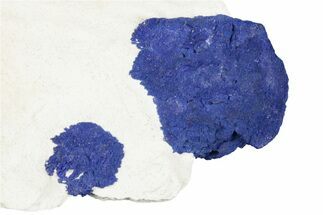