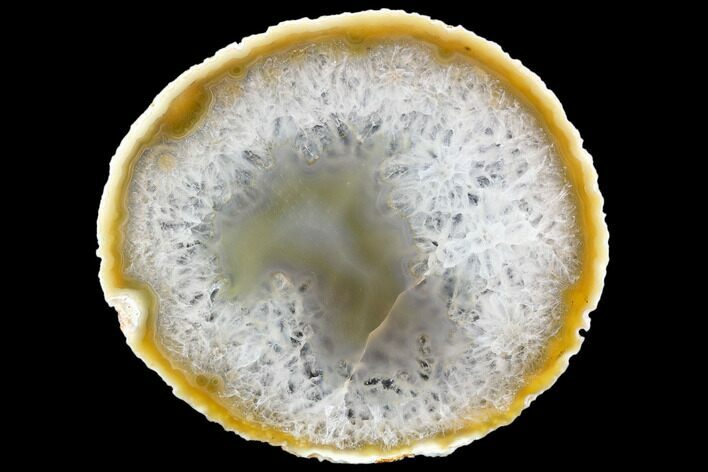 This is a gorgeous polished Brazilian agate slice. Comes with an acrylic display stand.