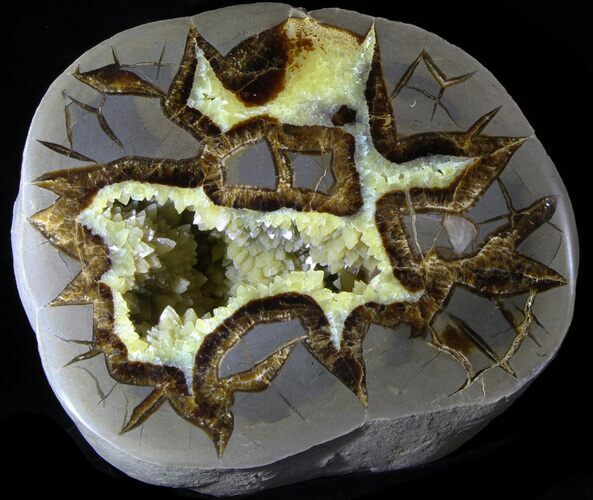 This is a gorgeous, yellow calcite crystal filled septarian geode from Utah. It has been cut and polished to create a beautiful, free-standing display piece.