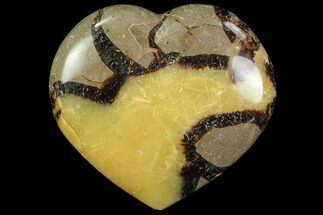 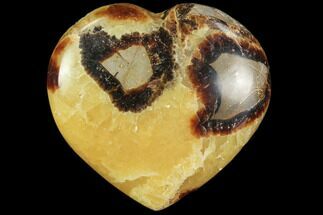 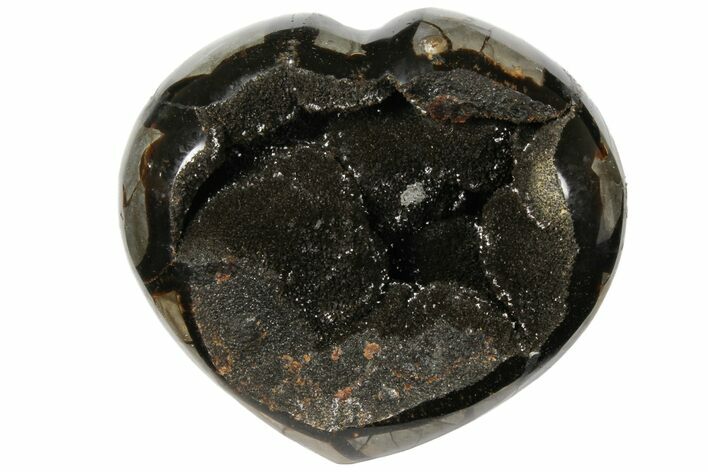 This is a unique, polished septarian geode section collected in the Betsiboka Region of Madagascar. The hollow cavity is full of beautiful, black/brown calcite crystals that have a lot of sparkle. It is a hollow septarian nodule, which has been polished into the shape of a heart with the natural, cracked pattern of the septarian giving it a very interesting appearance. There are repaired and gap filled cracks along the backside of this specimen. 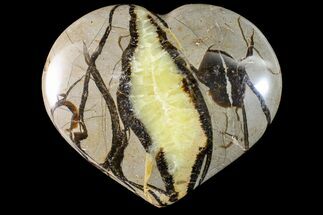 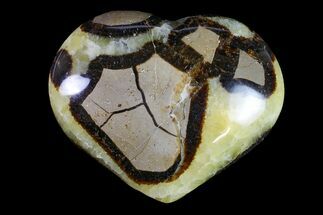 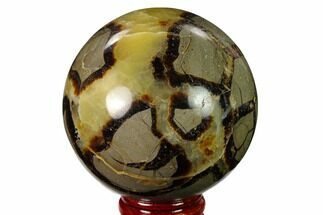 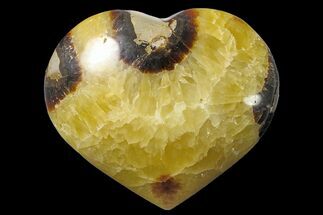 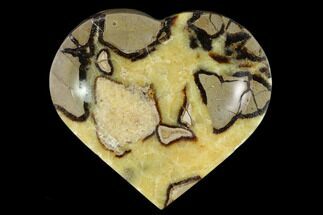