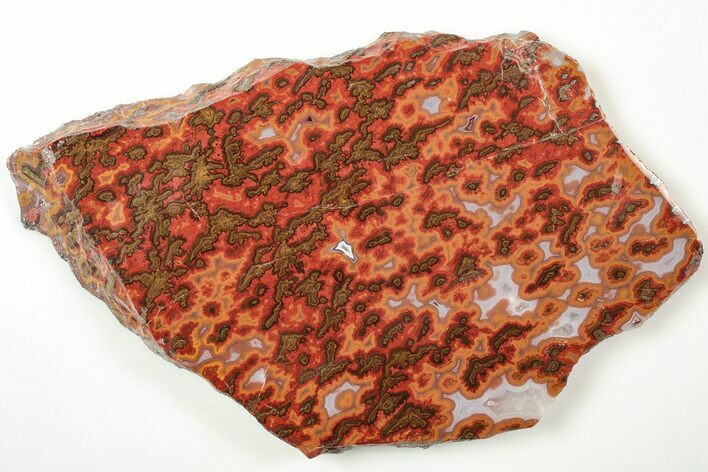 This is a 5.4" wide, polished seam agate section from Kerrouchen, Morocco. It features red, blue, white, yellow, and orange agate within basalt, and has been polished to a glossy finish on both faces. This agate appears to be a perpendicular cut of the agate, providing a different view of the typical patterning. 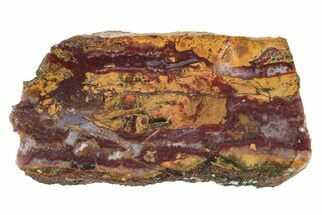 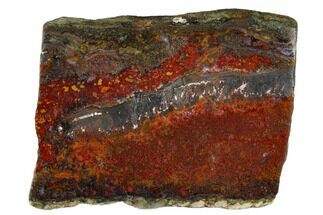 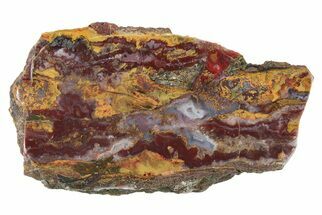 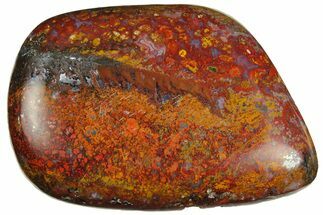 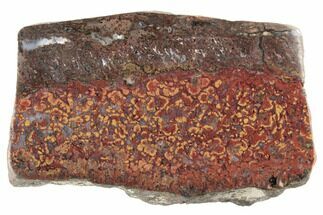 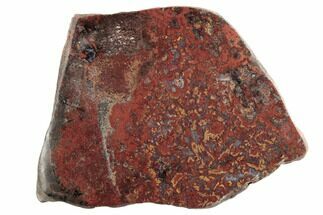 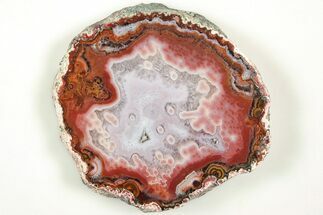